The Champions League is an elite football club competition that traces its roots back to the 1950s when it was known as the European Cup.

The league has had the format of both the round-robin group stage and the knockout stage since 1992 and has expanded to include the top 32 European teams from national championships from around Europe. 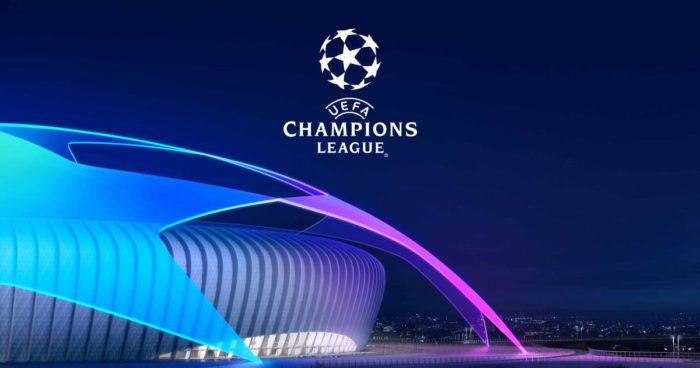 The list of favorites has not changed much compared to last year’s league, and in this article, we will present the five biggest favorites according to the team of bookmakers.bet and cover the best odds for the Champions League winner, so stay tuned.

The following is a detailed analysis of each of the five biggest Champions League favorites this year and what makes them the favorites.

We will consider their squad changes, track record, current form, and other factors that contributed to them being considered favorites.

Manchester City entered this year’s Champions League as the champion of England’s Premier League for the second year running and as one of the best-known teams in the world.

They are embarking on their ninth journey in UEFA’s Champions League and are aiming for the top spot in this year’s edition.

Last year, they reached the quarter-finals where Tottenham Hotspur eliminated them.

This summer, they have acquired the services of Rodrigo Hernández Cascante, known as Rodri, for £62,800,000, in their bid to strengthen the midfield.

Also, they purchased Joao Cancelo from Juventus, Angelino and Zack Steffen, spending a total of £135,100,000.

On the other hand, a host of players has departed from the City’s squad, Danilo and Douglas Luiz being more notable departures that headed to Juventus and Aston Villa, respectively.

According to new betting sites, the odds of Manchester City winning the league are 10/3, and deservedly so, given the squad, the management, and their thirst for trophies.

Barcelona is one of the best-known football clubs in the world.

With over a century in existence, they have secured a spot among the game’s history with tradition, success, and the quality of their play.

They have won the Champions League in this format five times, and are looking to improve the record once more.

Last year, they lost to Liverpool in the semis after having lost the 3-0 advantage secured at Camp Nou.

The squad has been changed drastically this year, most notably with the addition of Antoine Griezmann from Atletico Madrid for a cool £107,000,000.

Also, they acquired Frenkie De Jong from Ajax for £67,000,000. On the other hand, loads of players have left the team, but in all honesty, that hasn’t changed the core of the team much.

With 5/1 odds, as new betting sites predict, their chances for a redeem year are high, and that surprises no one.

It only remains to be seen how Griezmann and Lionel Messi are going to work together, and how many times will they fill the score stats sheet.

Six-time winners of the Champions League are back at it and ready for another back-to-back win.

After a dominant comeback in the last-year semis against Barcelona, they pushed hard and edged Tottenham in the finals for their sixth title.

They are one of the rare major clubs in the world that haven’t spent a penny for new acquisitions, making sure the nucleus of the team remains intact.

In turn, a lot of players left Liverpool, such as Simon Mignolet, Danny Ings, and Daniel Sturridge, bringing a total of £35,200,000 in profits.

Jurgen Klopp made sure the team starts the season on a good note – they already have 5 wins in as many matches in the Premier League.

Many new betting sites are giving them 13/2 odds of winning the title once again, and thanks to Virgil van Dijk, UEFA’s Player of the Year, Mohamed Salah, and Sadio Mane, those odds are more than justified.

Real Madrid is one of the top football clubs in the history of the game, and especially in the UEFA Champions League, with 12 titles in their possession already.

Last year’s performance was marred by a major shift in the playing squad, as Cristiano Ronaldo went to join Juventus and as many as three different head coaches were put in charge.

With the return of Zinedine Zidane and the acquisition of Luka Jovic from Eintracht Frankfurt who has often been hailed as one of the most talented young players in the world, the odds are certainly going to improve.

As it is seen in the reports and predictions from new betting sites, the odds for Real Madrid are set at 9/1, which describes the current situation well.

After a shaky start in Spain’s La Liga, pundits are not convinced they can get back on track.

However, if there is a born winner, that’s Zinedine Zidane. That means you should never cross Real Madrid off the list of possible winners.

Juventus has set its eyes to the grand prize, and with the change at the head coach position and Mauricio Sari leading them into the new season, the odds are looking good. Juventus is led by Cristiano Ronaldo, arguably the best player on the planet, and he is desperate to show the world he can be the one to bring the first Champions League title to Turin since 1996.

Last year, Juventus fell to Ajax in the quarter-finals, much to the ire of both Ronaldo and the fans.

This year, they managed to sign a club’s legend, Gianluigi Buffon, together with Danilo from Manchester City and Matthijs de Ligt from Ajax, which drastically increased their chances of success.

According to new betting sites, the odds for Juventus hover around 11/1, which means they still have a long way to go to prove the critics wrong, but the odds are definitely in their favor.