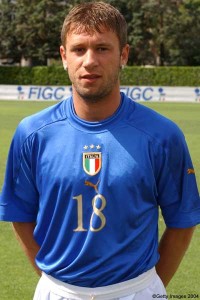 The ultra-competitive Antonio Cassano, one of the last true characters of the game, is nearing a playing return, after experiencing stroke-like symptoms on the 29th October last year. The striker developed impairment to his vision, speech and motor function on a plane-ride home from an AC Milan fixture against his former club AS Roma. Tests on the 29-year-old’s heart and brain led to him being rushed in for cardiac surgery, less than a week later.

Affectionately known as ‘Il Gioiello di Bari Vecchia’ (The Jewel of Old Bari), for his contributions to his hometown club; Cassano, who has also starred for iconic European outfits Real Madrid and Sampdoria, was able to resume light personal training in January, before rejoining his team-mates last Thursday (March 29th).

Further progress was made after a meeting of a ten-man panel, at The Commission of the Italian Medical Sporting Federation, on Monday. “A favourable opinion” on Cassano’s health was expressed. The striker must now get a final all-clear from the Milan Institute of Medicine if he is to keep his dream, of inclusion in Italy’s Euro 2012 squad, alive.

All at backpagefootball.com wish Cassano well.