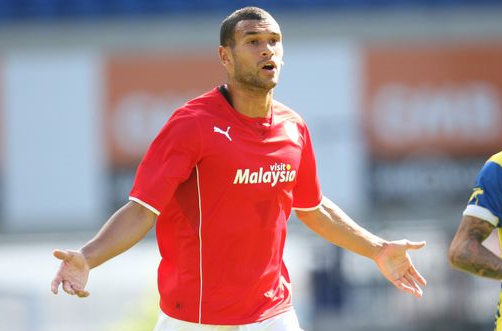 It is a recurring theme at the beginning of every Premier League season. The three teams to have just been promoted from the Championship are cast as the three most likely relegation candidates for the coming season. Cardiff City, managed by Malky Mackay and Championship winners’ last campaign will be looking to break that unfortunate trend as they compete in the top division for the first time since 1962.

Cardiff City have the strongest squad out of the promoted teams, which no doubt contributed to them finishing above Hull and Crystal Palace last season. However, there is a worrying lack of experienced Premier League playing staff at the club. Notable exceptions include Craig Bellamy, who has scored goals consistently in the Premier League for the past decade, but at 34-years-old, he’s lost the pace that was once so frightening. The club will look to Fraizer Campbell for goals, a player who only left top-flight Sunderland to join the Bluebirds last season, scoring a prolific seven goals in 12 appearances. Tommy Smith, Peter Whittingham and Jordon Mutch have also had some involvement in the Premier League and will need to have a major influence on the rest of the squad if they are to stay in the top flight.

One player who has the ability to make an impact on the Premier League is South Korean Kim Bo-Kyung. The 23-year-old is an attacking midfielder who has demonstrated the ability to unlock top flight defences with his creative passing and technical ability. Added to that an eye for goal, with three pre-season strikes to his name, including the winner against an accomplished Chievo Verona side and it’s clear to see why manager Malky Mackay has tipped him for a successful debut campaign in the Premier League.

Any newly promoted side needs to spend well in the transfer market to have a chance of staying up. Their budgets are hugely limited compared to established top-flight sides, so need to be wise with the money available to spend. Bluebirds owner Vincent Tam may have received severe criticism for changing the club’s badge and kit colour, but he seems happy to supply manager Mackay with a generous amount to spend on players.

First to arrive was Andreas Cornelius, a 20-year-old Danish striker, signed from FC Copenhagen for a club record fee of around £8m; a dangerous amount to spend on such a young player with no previous Premier League experience, but time will tell if he is capable of scoring goals in England. The club record fee was broken again in this transfer window, to secure the services of England International centre-back Steven Caulker from Tottenham. The 21-year-old will be determined to earn a place in the England squad for the 2014 World Cup and Cardiff are likely to benefit from such an incentive. If Caulker performs like he did for bitter rivals Swansea last year, he could be the signing of the season at £8.5m, a relative bargain in today’s inflated market.

It has also been widely reported that the Bluebirds are in advanced talks to sign Toulouse midfield enforcer Etienne Capoue. Capoue has been linked with prestigious clubs like Arsenal and Valencia in the past, and with five France caps, he’s exactly the kind of quality Cardiff should be looking to recruit if they hope to beat the drop this season.

On paper at least, Cardiff are stronger than their newly promoted rivals Hull City and Crystal Palace. However, the issue arrives when trying to find another team in the Premier League that are likely to finish below the Bluebirds. At a push you could argue Stoke City under Mark Hughes will be in for a tough season, as well as Fulham who have failed to strengthen during the summer. It will be a long season for the Welsh club, but I think they can narrowly avoid relegation, which should give them the opportunity to consolidate for future seasons in the Barclays Premier League.