Sunday was a very odd day for soccer here in the United States. As Liverpool supporters said goodbye their idol Steven Gerrard, Los Angeles Galaxy supporters said hello to the man they hope can lead them to a repeat MLS Cup title.

That man’s name is Steven Gerrard. Oh, could you imagine the consternation of the one person who supports both sides. It would bring new meaning to the term bite the hand that feeds you. 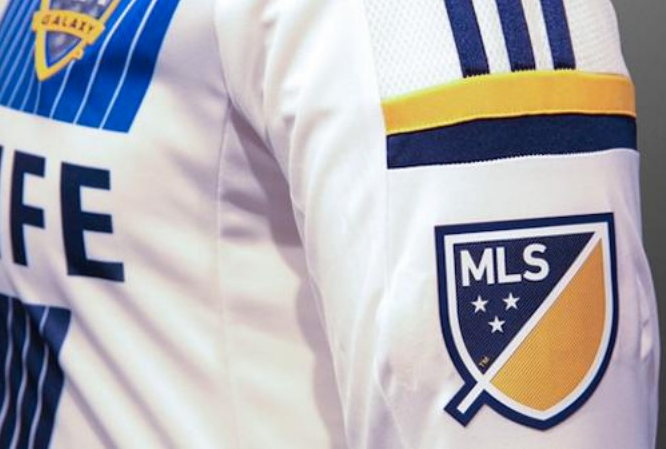 Since December 17, 2014 AD (that’s After Donovan), L.A. Galaxy supporters have patiently waited for the day when they could start the Stevie G. era at the StubHub Center. Galaxy kits with the name “Gerrard” on the back of them have sat in dark closets waiting to be adorned for the first time. Play-by-play man Joe Tutino has likely worked out several different calls for his trademark high-pitch “it’s a goal!” call.

While all of the pageantry may be ready there is still a question that remains: just what does Gerrard bring to the Los Angeles Galaxy?

The easy answer of course is that he brings a winning pedigree and some attacking punch. This is after all the man who helped lead Liverpool  back from the abyss in the 2005 UEFA Champions League Final. His 119 goals for club and country indicate that he is a player that is comfortable both leading the attack and coming back for defence.

Although he is not the second coming of Paolo Maldini, Gerrard was a pretty good defender from the midfield position.

These are all skills that the Galaxy desperately need. After winning the MLS Cup last December, the Galaxy have had a rather tepid start to their 2015 season. The club currently sits in seventh place in the Western Conference and have scored just 11 goals during the campaign.

Although coach Bruce Arena is famous for his slow starts and strong finishes, even this season’s start has him a bit embarrassed. After Saturday’s 4-0 loss to Orlando City SC Arena said:

We were awful on the day. Out of 14 players that played, I thought that three played in an acceptable manner. We were outplayed all over the field, and really, there’s not much more that you can say.

If there is one particular problem that stands out it is the lack of ball movement from the midfield position. What has made the Los Angeles Galaxy tick over the past five years (where they have won three MLS Cups) is that in Landon Donovan they have always that attacking midfielder whose passing and vision can open up play. The trio of Donovan, Robbie Keane, and Gyassi Zardes last season always seemed to find each other with space and would expand and contract defences like an accordion.

But without Donovan this season and Keane for large portions of time due to injury, the Galaxy attack has lacked the flow that made them so dangerous last year. While Arena has used this chance to get playing time for young prospects like Bradford Jamieson IV and Jose Villarreal (two players who currently feature for the United States Men’s National Team at youth level) both have had their growing pains.

In a Western Conference that now includes the 2013 MLS Cup winners Sporting Kansas City and the Houston Dynamo, a team that recently made three consecutive MLS Cup appearances, a late start might not be enough for the Galaxy to reclaim their crown.

Although he is a bit older than Donovan, Gerrard does provide many of the same qualities. His passing and shot selection were still good enough for Liverpool and considering there is a drop-off in quality of play between the Premier League and Major League Soccer he should not be in over his head.

Despite these advantages, there are still hurdles that both he and the club will need to overcome to make this situation work. First is the timing of his arrival. The Galaxy are entering the fourth month of their 2015 campaign and are just now starting to figure out what type of team that they have. While Gerrard is certainly a name that is universally known his effect upon the team dynamic is still an unknown.

This is also not the first time that this team or the league has had a situation like this and generally history has not been kind. The annals of MLS are filled with stories of international superstars coming to the league after a long European season and struggling to find their form and adjust to a new league. Galaxy supporters know this all to well with both Keane and David Beckham initially struggling to figure the ins and outs of the league.

There is also the change of play. While MLS may not have the skill players that the Premier League does, it still has a very distinct physical style that is not always to the fancy of every player who comes here. For Gerrard this move would be the equivalent of a player going from the Premier League to the English League Championship. Although there is a drop-off in terms of pace and flash, results are never easy to gain and every match is a physical grind.

In the Gerrard’s success will be measured by what he helps bring to the club this season and next. If he can provide some of the skills that Donovan was able to for this club and get them to the MLS Cup then his work will be applauded.

However, if the Galaxy continue to struggle and he cannot adjust then another name will be added to the long list of European stars who for whatever reason could not cut it in MLS.

One thought on “Will Steven Gerrard make a difference to a struggling LA Galaxy?”