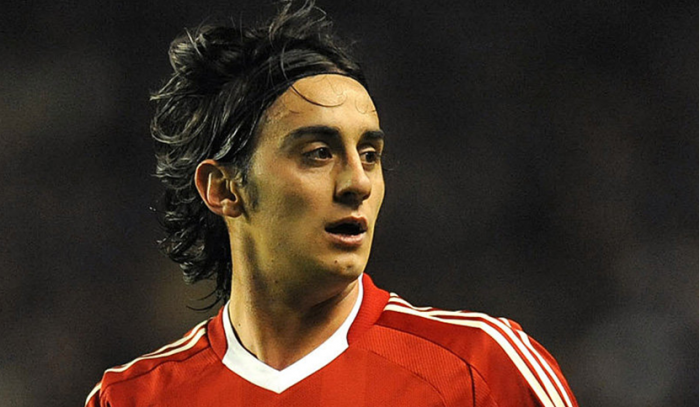 Brought to Merseyside in the summer of 2009 for £20 million, it appears Alberto Aquilani will again have the chance to prove his worth to Liverpool, no matter his personal preferences over an increasingly unlikely return to Juventus.

Aquilani came through the ranks at his hometown club, AS Roma, making his Serie A debut in 2003 under Fabio Capello while still just 18. After a successful year long loan at Serie B Triestina, the creative midfielder notched 133 appearances for the Giallorossi, earning plaudits around the country as well as picking up the Italian Cup (twice) and the Italian SuperCup, also contributing mesmerizing displays in the Champions League. He picked up his first senior cap for Italy in 2006, after featuring 20 times for the U21 side, and has since appeared 15 more times for the Azzurri.

Looking purely at the stats, his lone season at Liverpool isn’t that bad; in just 18 Premier League appearances, nine of which were off the bench, he managed six assists and a goal. However, as his been an unfortunate trend in his career, injuries blighted his season and took a toll on his fitness, limiting his production and ability to play; so much so that incoming manager Roy Hodgson sent him out on loan to Juventus for the whole of the 2010/11 season, with the Turin club having the option to buy him permanently for £14 million. Labelled a “Kop Flop” by the English media, it seemed that this would be the end of his time at Anfield, with the player himself declaring numerous times he wished to stay in his native country with Juve. However, the Biaconeri were not willing to meet the pre-agreed evaluation, and current manager Kenny Dalglish now sees Aquilani as having a role in his first-team plans. And it is difficult to see why he would not. With Andy Carroll, Luis Suarez, and Dirk Kuyt all threats up front, Aquilani can have a field day every weekend setting up his trademark intricate and precise passes and garnering assists.

The prospect of accompanying Steven Gerrard in the midfield will also be reason for Aquilani to look forward to the season beginning. Liverpool have a renewed depth in the midfield- Charlie Adam has joined from Blackpool as has Jordan Henderson from Sunderland, to accompany Maxi Rodriguez, Lucas, Jay Spearing, and even Joe Cole. Raul Meireles is widely believed to be on his way out of the club, seen as surplus to requirements. Stewart Downing’s arrival from Aston Villa will likely see Dalglish employ a 4-4-2 or maybe even a 4-2-3-1 to fit all of his talent into one lineup.

With Aquilani’s ability to either play deep in the “Xabi Alonso” playmaker role, or higher up the pitch, he should see a sizeable amount of action this term for the Reds, and will be given a proper shot to justify his price tag and prove his worth in the English top flight.

2 thoughts on “Can Aquilani make an impact at Anfield?”