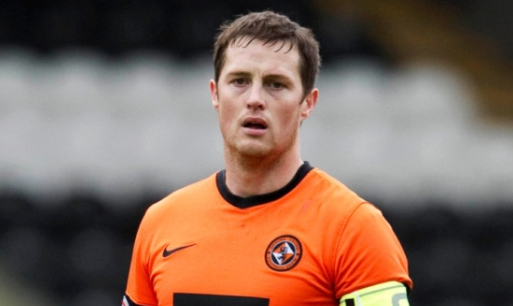 The opening line of Neil Diamond’s classic song “Forever in Blue Jeans” has the words – “money talks”. These words have become very apt to the world of football in recent years, so much so, that it is breaking down barriers and opening doors that never existed.

Ashley Cole, Sol Campbell, Alan Smith, Carlos Tevez and Luis Figo are just some of the football stars who have been lured to hated rivals by the chance to win trophies, not to mention enhance their bank balances. Moving to a cross town rival is one thing but when that rival traditionally draws support from another religious faction then you have entering a new realm of controversial.

Almost 24 years since Maurice “Mo” Johnston divided a city and “disrespected” all of Celtic upon signing for Glasgow Rangers – becoming the club’s most high-profile Catholic signing in history – a Dubliner looks set to re-open old war wounds and make history in the process.

Jon Daly may not be as big a name as the illustrious names mentioned above, and Dundee United do not share a cross town rivalry with Rangers, but if the 30-year-old opts to move on a free transfer to Ibrox when his contract expires, his name will become part of all future football quiz’s under the question – Who was the first Catholic from the Republic of Ireland to play for Rangers?

Was Daly to sign for someone else this summer, or indeed turn his back on football, his biography will state that he was a lower league footballer with Stockport and Hartlepool, before making a move to Scotland in 2007.

It will laud the fact that he was a product of the famed Cherry Orchard footballing academy and include the claim that Daly’s most famous footballing moment prior to his move to Scotland was a goal in the league one play off final loss to Sheffield Wednesday in 2005.

It will mention that he was club captain at Tannadice for a spell and that his greatest moment with the club came when he was part of the Tangerines squad that won the 2010 Scottish cup.

That biography is about to change somewhat following the news that emerged in March,  that Daly was in talks with Ally McCoist about making a move to Rangers. Suddenly Daly was big time back page news.

Just as Daly could create history, so too can history help Daly with his decision. He is not the first Catholic to play for the club – a good few others have threaded that path before him.

In the early 1900’s Willie Kivilichan played for the club before moving to Celtic, South African Don Kitchenbrand played centre forward in the 1950’s, while in the late 1990’s Lorenzo Amoruso captained the side to the title.

However, in the modern era, there has never been a Catholic from the Republic of Ireland, a country with strong historical links to Celtic, in the Rangers first team. We are coming close though, Alan Smith, a young goalkeeper from Cork, was on the bench for the recent draw with Montrose and he could still claim the honour from Daly.

Others from Ireland have represented Rangers, Galway born Alex Craig and James Lowry Macauley both played for the club in the early 1900′s but they were born before the formation of the Republic of Ireland while Dublin born former Everton winger Alex Stevenson was not of Catholic persuasion.

Like so many Irish before him Daly has thrived in Scottish football. He has scored 69 goals in 195 goals for United and managed to break the 10 goal barrier mark in his last four seasons. He will need this form if he is to win over the hardcore Rangers support.

Again history is on his side, the much maligned Mo Johnston managed to win some elements of the blue half of the Old Firm over with three goals in derby games with his former employers (he even took a pie in the face from a Hoop for his troubles). Should Daly show the same commitment and flexibility (he can also play centre back) that he has shown at Dundee then his religious background will become less and less of an issue. Fail and it will be used against him.

While his form has been impressive in the Scottish Premier League he has never been able to add to the underage honours he claimed with the Republic of Ireland, and at this stage of his career is unlikely to do so. A career at a big club is also likely to elude him, so the opportunity to play football, not practice religion, at a big club is all the more appealing.

Despite being a Scottish third division side, Rangers are still a big club, a massive club in fact. Just like Sheffield Wednesday and Leeds United could have their pick of lower league talents when they plummeted to league one, so too are Rangers able to

Strong home crowds coupled with the Sky television deal means that the club are able to offer SPL wages to players as evidenced by the decisions of Dean Shiels, Fran Sandaza and Ian Black to drop down the divisions.

Should Daly decide to move to Rangers, he would not only be dropping down two divisions, he would not only become the first Catholic from the Republic of Ireland to play for the Glasgow club, he would also be securing his, and his family’s future, something that should not be overlooked in this current economic climate. The club’s offer of a three year deal far out weights Dundee United’s one year deal.

History has a record of reporting certain elements. It will focus on how Daly made a ground breaking move, but what it won’t state is the fact that Daly at 30 years old, and entering the twilight of his career, put his family first.  As Dolly Parton said in her 1991 song “Family” – “Let me be all that I should be to the family”.

Trevor Keane is an author and one of the team behind Fantasy 5 Live. Follow him on Twitter.