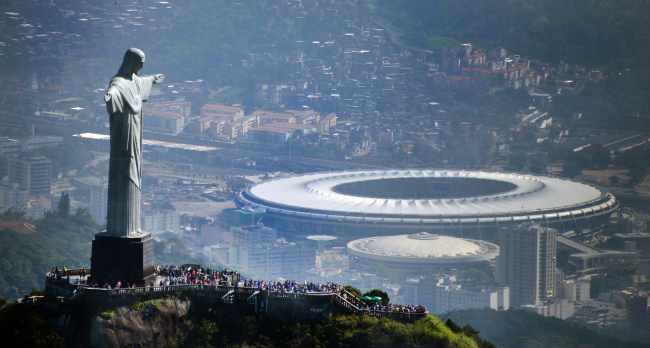 Football fans have been warned to expect a ‘World Cup of terror’ at the hands of Brazilian crime gangs.

The threat was issued by the First Capital Command (PCC as it is better known in its Portuguese acronym across Brazil) in Sao Paulo, who last year was behind the murder of more than a hundred of the city’s police officers.

The gang, the biggest criminal organisation in Brazil, is operated from within the country’s prison system and membership numbers run into the thousands.

But police, who have been engaged in open warfare with the PCC for the last few years, say they do not believe it can carry out World Cup attacks.

Police chief Fabiano Barbeiro, who has led a crackdown in the Sao Paolo suburb of Sao Bernardo, told Sky News recently: “We are prepared to avoid these sort of actions.

“We are monitoring them all the time and we sincerely believe it is not possible for them to attack.

“They don’t practise violence for free, they have a purpose. The target is not common people, it is their opponents.”

The possible World Cup threat – and the attention it would garner – is however being taken seriously by Brazilian police, who are tracking the threats and are currently locked in a street war with the gang. The PCC murdered 106 members of the Military Police in 2012 after revenge attacks were ordered by the gang in response to the execution by police of suspected gang members.

But law enforcement authorities said it’s highly unlikely the threat will affect the World Cup games and said it shouldn’t deter anyone from visiting the country next year.

“It is a group that should be taken seriously and being fought like any criminal organization,” Sao Paulo’s public security office said in the statement. “However, the information gathered so far by intelligence services does not point to any indication that any attack will occur. This is not the time to generate alarmism.”

However, the Sao Paulo police chief has asked his men to be extra careful when parking their cars and traveling home.

The threats are just the latest concerns before the World Cup opens on June 12th in Sao Paulo. Brazil has promised FIFA to complete 12 new World Cup stadiums and, according to government numbers, six of the stadiums have yet to be completed and five are only 90 percent completed. The country has also been plagued with violence and protests by Brazilians fed up with rampant corruption and frustrated with the enormous resources the nation is allocating to prepare for the World Cup.