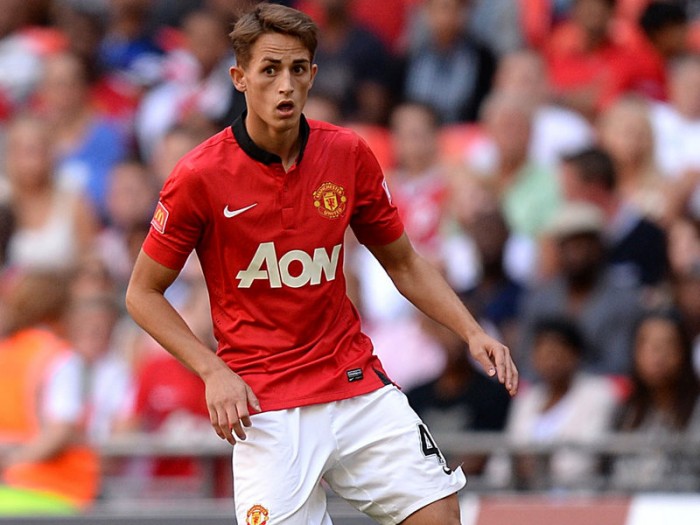 Adnan Januzaj, the Belgian-born ethnic Albanian with Turkish roots and a stake in UEFA and the UN’s unresolved Serbia-Kosovo muddle, caused ripples when he netted twice for Manchester United at Sunderland on Saturday that could rock the waters of international football all the way to Zurich. But then the governing body has for a long time now sailed its policies on selection and eligibility through choppy seas.

The neat dividing lines that carve up the world and underscore international competition have never been much of a friend to the authorities in a world where porous borders and world trade promotes a constant tide of migration, and the flood of movement around the globe is forever adding to the dripping effect as national identities bleed into one another.

Placating self-determination whilst also staying true to the spirit of competition that drives the international game is a constantly changing and un-ending challenge for football’s rule-makers, and Januzaj’s case brings a new breed of multi-multinationalism to the table to throw light on the way national associations are rewarded for developing talent. The surface is calm for now but tranquillity is fragile and the smallest ripples, as we saw in 2010 when the Irish Football Association (IFA) appealed to the Court of Arbitration for Sport (CAS) over their lack of protection against in-sourcing from the neighbouring Republic, could tip a delicate balance.

In the early weeks of the 2013/14 season there has possibly not been a more talked about young player in Europe than Januzaj, whose match winning performance on Wearside brought not only three points to a stuttering United side but also intense speculation about where the young midfielder might pitch his flag in the international stakes. Turkey and Albania call heritage, whilst Serbia can stake a claim on account Kosovo’s continued exclusion from FIFA-sanctioned competition over lack of UN recognition, but the nation that reared Januzaj both as a young adult and as a footballing talent will rightly feel threatened by the circling pack.

Belgium, through the Royal Belgian Football Association (RBFA) backed by both the state and a royal patronage, has invested in Januzaj as an asset, as it has in all young players that have played out their formative years on the platforms provided by domestic football, and as with all investments certain expectations exist surrounding what is reaped at the business end. For Belgium those ends will be the crunch moments of World Cups and European Championships, and the current golden crop of Red Devils notwithstanding it will be more of a loss than the RBFA will be prepared to stomach to see their young starlet, as reducible as any other to a cost/value equation, snapped up by a rising nation such as Albania.

More galling would be for the United youngster to trump for the country of his current employer, although a careful reading of the FIFA statutes on the matter of eligibility, together with what can best be described as a gentleman’s agreement between the Home Nations not to select naturalised players who haven’t spent at least five years in education in their adopted country, shows how the risk is a slim one under current legislation. Strictly speaking there is nothing to prevent Januzaj turning out for England after five years of residency counting from his eighteenth birthday (which would postpone his international career untill 2018) but the UK associations are given special dispensation by FIFA to remove at their discretion a clause stating that two years of unbroken abode in a constituent territory qualifies a naturalised player for the respective national side. This means that even if a player sticks around long enough to exchange his passport he wouldn’t be considered for any of the four territories unless he was considered a home grown product, of the state as well as the football machine.

The unique position of the Home Nations in world football and the subsequent semi-voluntary steps taken to try and bring order to the situation is what makes the case of naturalised Brits a complex one but the fundamentals of making a change in the FIFA nationality of a player remain the same regardless. Better resourced nations often stand to inherit ambitious players that they played little to no part in developing.

Iceland were on the receiving end of this lopsided formula earlier this year when they lost Aron Johannsson to the lure of Jurgen Klinsmann’s World Cup bound United States but so far a steady qualification bid has kept the lid on any real backlash from the islanders about the poaching taking place in their waters. Less tepid was the case that ended up before the CAS in 2010 when the IFA finally reacted to the one way valve that allows the free movement of players with no connection to their southern neighbours to represent the Football Association of Ireland. It’s important to frame this delicate question carefully.

FIFA declared themselves before the CAS and the media to be beholden to their self-imposed clause that states a player may represent any country which has issued him a passport – Northern Irish subjects are entitled by statute to a passport from the Republic – but the loose ends that the other British associations have been allowed to tie up amongst themselves shows that FIFA’s rule book bears more elasticity than it is prepared to offer the beleaguered Norn Iron. Former West Ham midfielder Daniel Kearns had his right to walk away from the country that ushered him through its youth ranks upheld by the court, following in the footsteps of a handful of others who chose to pursue an international career south of the Ulster border, and the trending movement of players up the gradient of footballing resources is as alarming as it is predictable.

Whatever it is that causes a player to feel drawn to this nation or that is a difficult one to guess at for the great majority of those bearing dual heritage who will never have to make the call. Along with a sense of identity that must be satisfied there is the added pressure to carve out the most realistic chance of rising to the top of a deeply competitive profession, but the question has to be asked if FIFA should be doing more to reduce the burden of judgement on some players who are forced to take a pick n’ mix approach to their international careers.

The RBFA would certainly be grateful if Januzaj were pressured by legislation into repaying some of the expense that has gone into rearing his sparkling talent by turning out in Red and Black – the player himself would likely be knocking on the door of the CAS to demand a review. But then no-one said playing games with the way peoples of the world divide up and club together would be plain sailing. Let’s hope that Zurich has a chance to wrap up and bunker down before the waves lick too high.

One thought on “Border control”