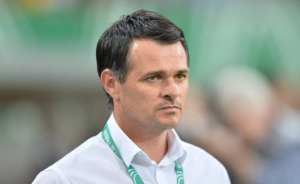 Bordeaux president Jean-Louis Triaud will tell you that patience and selection of the right ingredients are key to producing the finest wines.

Sadly, on the pitch, his second passion, Bordeaux football club, has been distinctly shy of vintage. Only a single Coupe De France and Trophée des Champions triumph to show for their efforts in recent times. There is a sense that the Bordeaux faithful are craving more silverware and a return to form that won them the 2008/09 league title.

They have emerged as the early pace-setters in Ligue 1 this season; scoring freely and very much looking a strong attacking threat to opposition teams. Despite all their attacking fluidity. Les Girondins do have a few issues still to work out.

In his playing career, Willy Sangol was disciplined, cultured and every inch the epitome of professionalism, almost a poster boy for what any young player should aspire to be. It is those ethics and standards Sangol will be hoping to instil in his players.

Given the start Bordeaux have had, there must be ambitions of taking the club to the top of the French pile. In order to do that he must take note of a few warning signs.

Against Nice recently, petulance and a lack of discipline threatened to scupper any chance of coming away from the Allianz Rivera with all three points, with Cheick Diabaté seeing red. The encounter was fractious and ill-tempered, and it must act as a warning to Sangol’s charges. If they lose their discipline the shape of the side will become disjointed, and the fluid attack minded system will potentially be nullified. Not to mention the needless suspensions it will cost them.

Diabaté’s dismissal a case in point, he was very much missed against Bastia the following week. Not to mention Whabi Khazri’s over exuberance in winning penalties. He really does need to cut that element out of his game. Bordeaux eventually eased to a 3-1 win over Claude Puel’s men.

There is no question that Bordeaux can control a game with crisp precise passing and good use of width. The likes of Grégory Sertic, Khazri and Diego Rolán can all pull the strings and open up defences. With Khazri’s movement which is really causing problems and his ability to strike from distance is really impressive. Give him an inch he will take a country mile.

Rolán’s poise and quickness of mind and feet, should see them as a huge attacking threat. At the back Diego Contento, Julien Faubert and Mariano have been excellent.

A huge positive is The second half display against Monaco . It was truly scintillating stuff. Using the wing backs to great effect and causing a whole manor of problems to Monaco, who were truly at sixes and sevens. It is those sorts of performances that Sangol must replicate week in week out.

This is vitally important given Paris Saint-Germain and Marseilles are beginning to finally stir from their malaise. The confidence of winning on a regular basis encompassed with grinding out wins is crucial if they are to stay ahead in the race for the title.

If ever Sangol’s men needed a reality check, they got one courtesy of Bastia. Bordeaux struggled to break Claude Makélélé’s side down who set up to prevent Sangol’s charges using the quick ball into Diego Rolán, isolating key players and preventing them from utilising the pace of the wingers and generally playing an effective pressing game.

Bordeaux were somewhat found out and Sangol tried to ring the changes bringing on Thomas Toure for Khazri to spur some life into a flatlining attack. Bastia were resolute and reduced them to speculative shots from distance. They were certainly lucky that the visitors were not awarded a deserved penalty minutes before Rolán’s equaliser. It was a great tactical battle and one that Makélélé edged.

Les Girondins do have all the hallmarks of mounting a serious challenge on Le Championnat with exciting acquisitions like Khazri and Contento, mixing it with Bordeaux mainstays Ludovic Sané and Diabaté. Sangol is beginning to create a good balance within the side. If he does want to take the title back to the Stade Chaban-Delmas, the team must become more disciplined and find a way to unlock teams who play an overwhelmingly defensive system against them.

If Bordeaux can continue in the same vain that they have generally been then there is no reason why this team cannot come of age.