One of the major talking points from the FAI Cup second round is the prize pot available to the clubs who win through the round and hence reach the quarter-finals of the Cup.

It has been revealed that a prize fund of €200,000 will be shared by each of the eight quarter-finalists. This means that each quarter-finalist will receive what in relative terms (and compared to previous seasons) is a bonanza of €25,000 per club.

Considering that during much of John Delaney’s tenure at the FAI, the winners of the FAI Cup would earn little more than €25,000, this is a major financial boost to many teams in the league, with seven of the eight quarter-finalists being Premier Division outfits. The money comes largely from the WatchLOI streaming service which is believed to have been a major success. 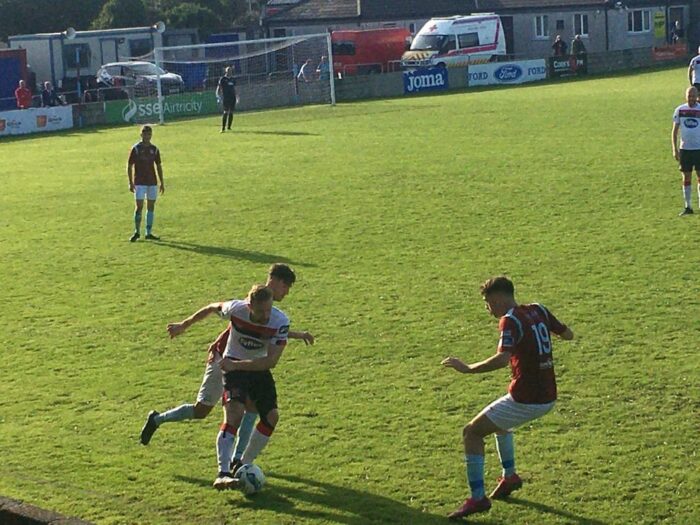 On the pitch, I’ll start my review with the League of Ireland club who have had by far the most eventful few days of any, that is Bohemians. On Thursday evening they went to Hungary to face Fehervar. The Hungarians are a club with multiples of the budget of the Gypsies and have a rich European pedigree having been UEFA Cup finalist back in 1985.

Bohs started the game as 13/1 outsiders to win. However, Keith Long’s charges were more than a match for their more vaunted opponents and were very unlucky to lose a penalty shoot-out following a 1-1 draw at the end of the 120 minutes.

Then on Sunday it was confirmed that former Bohs’ player Matt Doherty had moved from Wolves to Spurs for €15 million and that the Gypsies will pocket 10% as part a transfer clause.

On Monday night at Dalymount Park Bohs were much too good for First Division leaders Cabinteely, winning 2-0 with goals coming from the delightfully named Promise Omochere and veteran striker Dinny Corcoran with youngster Dawson Devoy the star of the show.

Elsewhere, the big stories in the Cup surrounded two managers (Dundalk’s Filippo Giovagnoli and Galway United’s John Caulfield) having their first match in charge of their new club.

Dundalk were at St. Colman’s Park to play Cobh Ramblers. Dundalk had the lion’s share of the possession, territory and chances and scored through a cracking first time finish which went in off the bar from Dane Massey in the first half.

They sealed the win in the 75th minute when a highly controversial penalty was wrong awarded following a dive by Kelly in the box with David McMillan converting coolly from the spot.

Speaking after the match, Giovagnoli said:

It was a crazy, crazy week for us. Everything happened so fast. But, as soon as the owners contacted me I was working and preparing to take over the club.

People described what playing in the League of Ireland is like, and today was exactly what I was told.

Dundalk also found out on Monday that their opponent in the second round of Europa League qualifying will be Andorran champions Inter Club d’Escaldes, in a tie the Lilywhites will be confident of winning despite not having been in great form since the resumption of football. 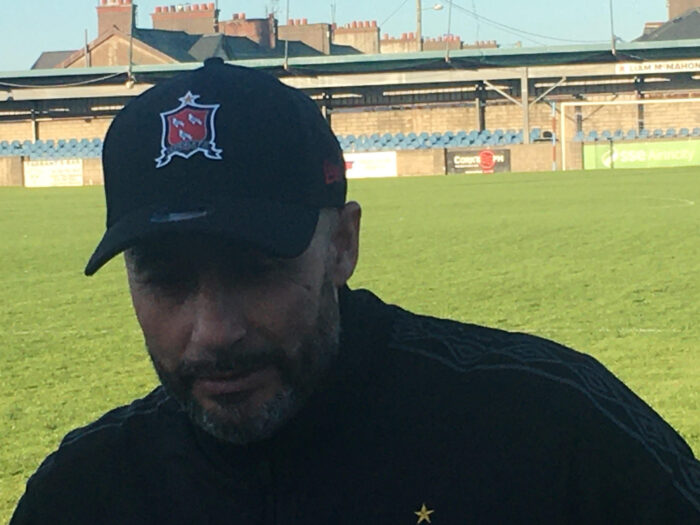 John Caulfield’s first match in charge of Galway United ended up being an exciting affair with Shelbourne eventually winning 5-2 at Eamon Deasy Park.

Shelbourne were pegged back twice but three goals in the last 12 minutes from the Dublin outfit put a flattering gloss on the score line for the Premier Division side.

Speaking after the match, Caulfield gave his thoughts:

We gave them four goals on a plate. You concede four soft goals you’re not going to win any match and that’s the most disappointing thing.

We have a lot of work to do and I think in crucial areas we gave away the ball softly and it lead to the soft goals so fair play to Shelbourne for taking them.

On Monday night, Shamrock Rovers, fresh from the knowledge of having been drawn against AC Milan in the second round of the Europa League qualifiers, did enough to beat Cork City 2-1 at Tallaght Stadium.

This was a much closer affair than the 6-0 win the Hoops enjoyed at Tallaght in the league early this season, though the home side were good value for the win over the course of the 90 minutes.

Having dominated proceedings, Rovers took the lead when Liam Bossin spilled Graham Burke’s shot seven minutes from the break with David Lafferty on hand to side foot home from inside the six-yard box for his first goal for Rovers.

Cork equalised against the run of play following a fantastic, flowing team move with some lovely one and two touch football with Dylan McGlade centrally involved five minutes into the second-half with captain Gearóid Morrissey providing the convincing finish to the back of the net from 15 yards out.

The Hoops retook the lead midway through the second-half following a fantastic passing move from the back. Dean Williams held up Rhys Marshall’s ball over the top and he fed Jack Byrne who calmly side footed the ball into Lafferty’s path before he drilled a low left foot effort from just inside the penalty area into the net.

From there to the final whistle, Cork City huffed and puffed but never really looked like forcing a second equaliser. 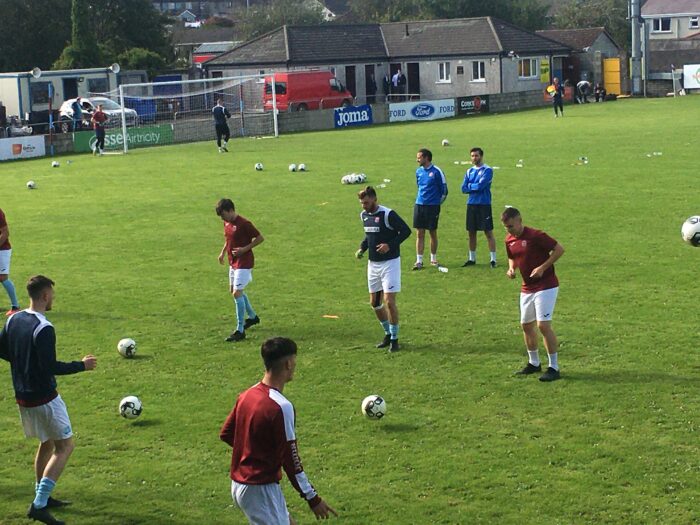 Sligo Rovers proved too strong for UCD at the Belfield Bowl.

The Students took an early lead through former Sligo underage star Paul Doyle, but they were unable to hold firm. Doyle’s seventh minute effort deflected into the back of Ed McGinty’s net after the Bit O’ Red were unable to deal with Liam Kerrigan’s corner.

Sligo very deservingly took the lead midway through the second-half. Winger Jesse Devers was set free on the right-flank and his cross found the head of Coughlan who headed home his fourth goal of the season.

And Devers made the game safe for Sligo in the 79th minute as he blasted home at the back post past Healy.

On Friday night Athlone Town won the only all First Division clash 5-3 against Wexford at St. Mel’s Park.

The visitors had been 0-2 up at half-time and led 2-3 also but an 80th minute equaliser from Scott Delaney forced extra-time.

Lee Duffy gave the home side the lead for the first time three minutes into extra-time and despite Duffy being sent off a few minutes later, Adam Lennon sealed progression for the Town just before half-time in extra-time. They are the only First Division side in the quarter-final of the Cup. 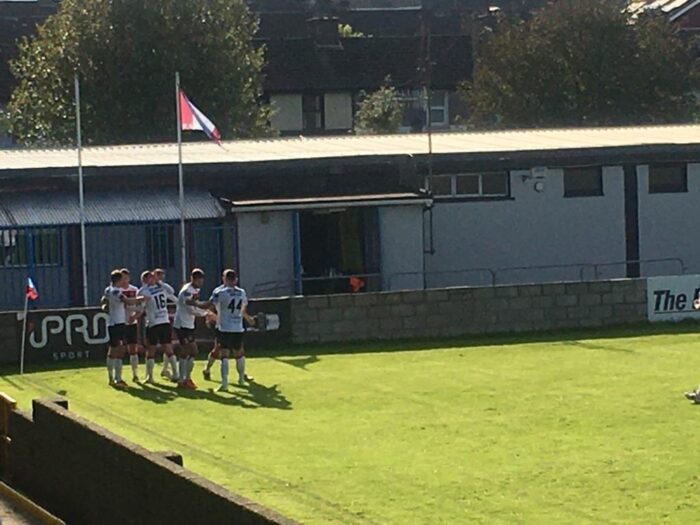 A good team move with some nice one and two touch football from the Candystripes in the 89th minute saw Colm Horgan advance into the Drogs’ penalty area before squaring for Ciaron Harkin who finished first time from close range.

Moments later Derry guaranteed their progression to the quarter-final when Stephen Mallon rifled a shot high and beyond Ross Treacy.

Bray’s chances of mounting a comeback effectively evaporated five minutes into the second-half when Paul Keegan was red carded.

Thoughts now return to league action with the next round of the Cup scheduled for after the league season has ended.