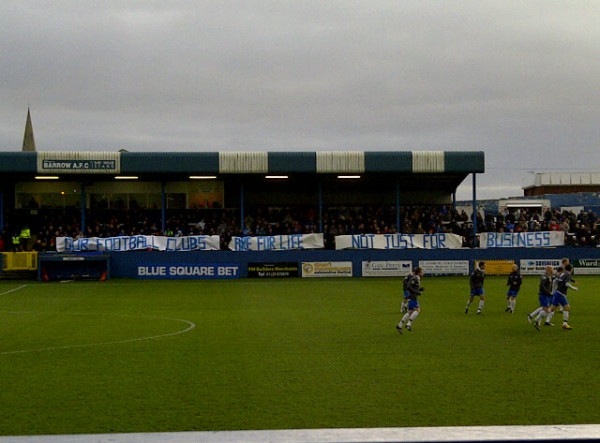 With Wrexham and Fleetwood Town involved in the FA Cup Third Round, there was the chance to make up some ground on the top two.

The other teams in the hunt or promotion all kept up the pace and closed the gap on the head of the table. Luton Town moved to within six points of second placed Fleetwood with their fourth successive win, a 2-0 home win against Newport. After Newport debutant received a straight red card, Aaron O Connor and Danny Crow scored either side of half time to secure the win.

York City also won 2-0 with a second half double from Matty Blair enough to see off Lincoln City.  Kidderminster Harriers moved into fifth place after beating struggling Hayes & Yeading United 3-1 at Aggborough. Luke Williams had put the visitors ahead in the first half, but three goals in the last ten minutes from Steve Guinan, Jamille Matt and Nick Wright made sure of the points.

Cambridge United carried on their pursuit of a return to League football with a 3-0 win against fellow promotion hopefuls Southport. Adam Marriott and Kevin Roberts put them in a strong half time position and Michael Gash made sure of a comfortable win for the U’s. Gateshead ended Stockport County’s mini revival and won their first back-to-back wins since the start of the season. A Jon Shaw penalty and Chris Moore strike within three minutes of each other won the game. Mansfield stayed in the top half with a 1-0 win against Forest Green, with Lindon Miekle scoring the only goal.  Grimsby visited struggling Alfreton and recorded a fine 5-2 away win to move into tenth in the table. Liam Hearn and Michael Coulsen put the Mariners two up before Nathan Arnold brought Alfreton back into the game. Liam Hearn’s second of the game gave the visitors a two goal lead once more. Scott Garner and Matt Wilson exchanged goals before Robert Duffy’s last minute goal finished the game in fine style.

Barrow beat Darlington in what could sadly prove to be the Quakers last game. With the visitors in administration and time quickly running out for any new financial backers, the visiting fans made the most of an emotional day with half of the 2100 crowd making the 250 mile round trip to see their team despite their troubles. Adam Boyes and a brace from Andy Cook was enough to see the Bluebirds win. The fans of a good club have once again seen their side fall into financial ruin and everyone can agree with the banner shown at Holker Street that said, “Our football clubs are for life, not just a business”.

A goal at either end of the game saw Bottom placed Bath City earn a point against Braintree Town. Sean Canham put Bath ahead but an injury time goal from Sean Marks denied improving Bath a third straight home win. AFC Telford won against Kettering despite falling behind early on. Jean-Paul Marna put the visitors ahead after just five minutes but goals from Chris Sharp, Phil Trainer and Marlon Jackson were enough for a 3-1 win to Telford.

Gateshead’s Jon Shaw again added to his season tally and still leads the goalscorers list with 20 goals for the season. Liam Hearn of Grimsby is still second with 19 and Matt Green from Mansfield level with Jamie Vardy of Fleetwood and York’s Jason Walker are all joint third on 15.