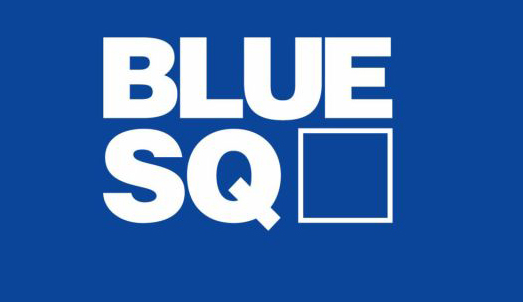 Ten games into the season and a busy weekend saw the twelve games produce forty one goals (including three game altering injury time goals) as the non leagues top flight continued the exciting start to the season.

Newport remained at the top of the pile after coming from behind to beat Southport 2-1.  Chris Lever put the Sandgrounders ahead from the penalty spot after eighteen minutes and it stayed that way until deep into the second half.  Aaron O’Connor equalised and then it was left to an injury time strike from Ben Swallow earned the win. There was a late win as well for second place Forest Green Rovers, after beating Macclesfield 2-1 away from home. Matt Taylor put the visitors ahead in the first half but Matthew Barnes-Homer levelled the scores midway through the second half. Steve Brogan made the killer impact on his debut to secure the points against their promotion rivals.

Wrexham and Dartford couldn’t be separated in a 2-2 draw at the Racecourse Ground. Danny Harris put the new boys ahead before goals from Danny Wright and Andy Bishop gave the Red Dragons a half time lead. Lee Noble made sure the points were shared with a late free kick.  Grimsby secured a big win against fellow high flyers Luton to move into the top five at the Hatters expense. Joe Colbeck, Andy Cook, Ross Hannah and a Dean Beckwith own goal put the Mariners in an unassailable position before Scott Rendell scored what was ultimately a consolation goal.

Tamworth won 1-0 against Lincoln City after a first minute goal from Lloyd Kerry, they then held on for the entire game to earn a well fought victory. A frantic first half at New Bucks Head Stadium saw four goals as Telford fought for a draw against Mansfield.Lee Beevers had the Stags ahead only to lose the lead a few minutes later to a Ryan Tafazolli own goal. Telfrod then took the lead with a strike from Richard Davies but they were then pegged back with a penalty from Jake Speight. The game then fizzled out in the second half after a red card for Telford’s Liam Chilvers. Hereford scored an impressive 4-2 win at home to Cambridge despite twice being behind. Michael Gash scored a brace for Cambridge but his goals were cancelled out by Ryan Bowman and Sam Clucas before two quickfire strikes from Marlon Jackson (who also missed a penalty) were enough for the three points. Woking moved up into mid table with a 2-1 win at home to Gateshead. Jack Parkinson and Gavin McCallum gave the hosts a comfortable first half lead. Phil Turnbull gave Gateshead hope of a comeback but it wasn’t to be and Woking held on for the win.

Braintree and Stockport fought out a goalless draw which didn’t help either team as it left them both in the bottom half of the table. Alfreton and Kidderminster Harriers also shared the points in a 1-1 draw at North Street. Dan Bradley put Alfreton ahead in the first half, but they couldn’t hold on as Anthony Malbon scored a second half equaliser to earn the Harriers a much needed point.  Barrow moved out of the bottom four thanks to a hat trick from Richie Baker in a 4-2 win away at Ebbsfleet.  Tom Phipp and Nathan Elder scored a couple of quick goals early in second half to give the ‘Fleet hope of a comeback, but Paul Rutherford made the game safe for the Cumbrians.  Hyde missed out on a win after taking a two goal lead against Nuneaton. Adam Griffin and Phil Jevons scored for the Tigers, but a double in the space of a minute from Wesley York meant the game ended in a stalemate.

Newport’s Aaron O’Connor leads the way in the goalscorers list at the moment with eight goals, one ahead of Matthew Barnes-Homer, Tamworth’s Adam Cunnington and Stuart Fleetwood of Luton all tied on seven.