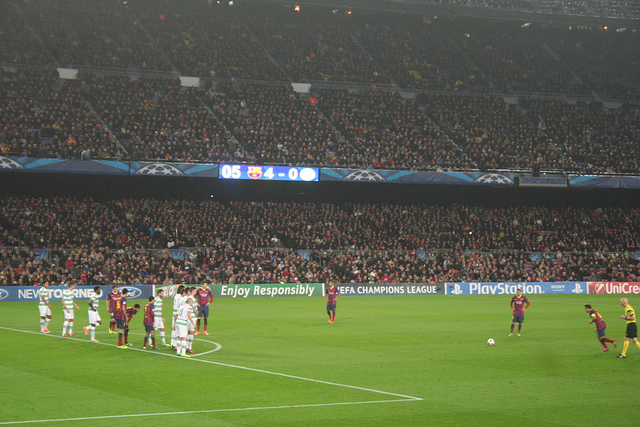 A report in the Guardian newspaper states that Barcelona’s board of directors will make a decision in January on whether to expand the Camp Nou or submit plans to move to a new stadium.

The Spanish La Liga champions have commissioned a report over the viability of both projects with the objective to increase the capacity of their home ground to 105,000.

Whilst progress was made by the board at a meeting this week, no final decision will be made until January at the earliest.

Board spokesman Toni Freixa explained on the club’s official website www.fcbarcelona.com that it had two choices: “The construction of a new stadium on the land on Diagonal, property which belongs to the University of Barcelona, or a profound remodelling project that would constitute a new stadium keeping the current structure of the Camp Nou.

“We’ve made advances, we have all the information and we’re in a position to make a decision.”

Despite the sizeable financial outlay that would be involved, Freixa insisted any project would not harm the club, adding: “It needs to be viable from a technical perspective, urbanist and economic. We would never submit a project that would endanger the sustainability of the club.”

Camp Nou is already the largest ground in Europe and the fourth largest in the world with a capacity of just under 100,000. From 1980-’99 the stadium had a capacity in excess of 115,000 but had the capacity reduced due to seating restrictions. The stadium hosted matches at the 1982 World Cup as well as the 1999 UEFA Champions League final.