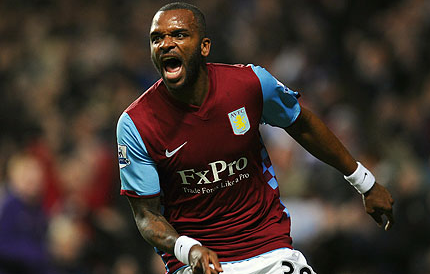 Last weekend we banked a bit of change as our Darren Bent to score wager landed with a bang. I also tipped up Liverpool in the draw no bet market so well played if you got on that too. The only game that let us down was Swansea v Wigan. I was expecting both teams to score and there to be over 2.5 goals. Sod’s law meant nobody found the onion bag and egg was splashed on my face (in some sort of bad omelette recipe). The game ended 0-0. So another mixed weekend but we came out with a small profit so can’t complain.

This week has been non stop football and I’ve been beavering away scraping some decent profits, all of which have been helping to scrub a beastly loss in Sunday’s Bolton v Man City game where Kevin Davies’ goal truly knocked the cherry off my weekend betting pastry. Not to worry though. All is back in working order and we have some juicy fixtures to get stuck into this weekend.

The first tip this weekend is one which I keep looking at and just can’t get away from. QPR travel to Wigan fresh off the back of an impressive 1-0 win over Everton (dismissing the dismal Carling Cup exit in midweek which had Warnock jumping for joy). They are also on the verge of signing midfield ‘hardman’ Joey Barton from Newcastle and, dare I say it, things are looking reasonably promising – for a team that’s just been promoted. I fancy QPR to get something from Wigan and they are best price 9/4 with Paddy Power for the win. Taking QPR in the draw no bet market is not a bad shout at 5/4 (various) but I will be laying Wigan on the exchanges at 7/5.

For tip number two we are off to Stamford Bridge where Chelsea take on newly promoted Norwich. The blues have been sluggish and far from impressive so far this season but I expect this to be the game where they make their statement and set out their Premier League stall. They should win comfortably but at 2/9 they’d be sending men in white coats if I was to touch such a short price. There are however a number of other options I like the look of including Chelsea HT/FT and Chelsea (-2) in the handicaps. I think the one that offers best value here is Chelsea to win both halves at top price 6/4 with Paddy Power, that’s what I’m on.

The final weekend wager is going to sound a little familiar and that’s why I’ve left it until last. At the risk of sounding like a broken record or borderline obsessive Darren Bent stalker, his goalscoring record for Aston Villa is outstanding and he should always be considered in the goalscorer markets. Villa play Wolves in Saturday’s early kick off and whilst Wolves have been impressive in their early games it must be noted that they had the joint worst away record in the league last season. I expect Villa to win at home and  our man Darren is once again a cracking bet to score anytime at best price 6/5 with Coral. If it ain’t broke, don’t fix it and all that.