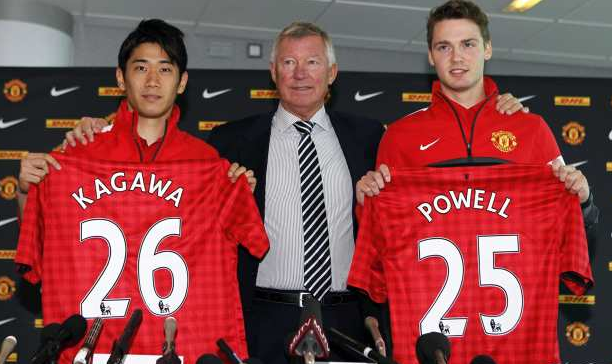 The 2011/12 season, recently voted the best in Premier League history since its inception in 1992, was certainly one to forget for Manchester United and Sir Alex Ferguson. A trophy-less campaign for an elite club is never easy to swallow, but what would have hurt the Red Devils most was that they were finally usurped by their noisy neighbours that have threatened to do so for decades.

At the Stadium of Light, the referee had blown the full-time whistle, confirming a 1-0 win over Sunderland that looked to have secured yet another Premier League title. However, glory was snatched away from them in the most dramatic way at Etihad Stadium where, deep into added time, after Edin Džeko had equalised for Manchester City against QPR, Sergio Agüero lashed the ball home to claim the title in, as described by Sky Sports’ Niall Quinn, “the greatest moment seen in Premier League football.” United certainly wouldn’t agree and will look back in anguish at a game at home to Everton in April, where a 4-2 lead was uncharacteristically thrown away to give a City side that seemed dead and buried a route back into the title race. Or of course the moment that will stick in the throat the most was back in October, when Roberto Mancini’s side were rampant 6-1 winners over their rivals at Old Trafford in one of the most extraordinary games of the modern era.

Looking back over a difficult season, with nothing tangible to show for his efforts, Ferguson decided to act quickly in the transfer market, bringing in the highly-rated Japanese midfielder Shinji Kagawa from Bundesliga champions Borussia Dortmund as well as promising teenager Nick Powell from Crewe Alexandra, in addition to the impending signing of São Paulo’s Brazilian midfielder Lucas Moura. The acquisition of Kagawa in particular is an intriguing one in that it looks to signal a change in setup for Manchester United; a move away from the traditional 4-4-2 formation that they have used predominantly over the past couple of years.

When analysing United’s pre-season exploits so far, Kagawa seems to be playing in a free role off the main striker; a trequartista or number ten if you prefer. Whilst the Japanese international often played as an inverted winger in Germany, cutting in from the flank with devastating effect, Ferguson seems to have decided that Kagawa best fits into his plans in a central position, which you could argue makes him the hub of the team, such is the faith the Scot has in his new addition.

Kagawa demonstrates balance and close control, a result of his low centre of gravity, and consequently has the tools to weave his way out of tight spaces on the pitch, as well as possessing the vision and finesse to execute eye-catching, defence-splitting passes. This makes him a crucial asset to the side and it looks as if the emphasis of the team has shifted, as a 4-2-3-1 of sorts appears to be coming into effect.

The midfield two is an intriguing conundrum for Ferguson to solve, although it will most likely primarily be Michael Carrick and Paul Scholes, the duo that carried the mantle for United for the majority of the last campaign, who occupy those positions. Ryan Giggs will inevitably be involved in some capacity and some believe that Anderson may be suited to a more flexible system than the rigid 4-4-2 that has somewhat blunted the influence he can provide. Tom Cleverley is another interesting candidate. Were it not for lengthy injury problems, it would have been difficult to leave the 23-year-old, who is currently part of the Team GB side at the Olympic Games, out of contention for a place in the Euro 2012 squad, such was the manner in which he started the previous campaign, and the fact that he has been described by coaches at Carrington as “the best young player at United since Paul Scholes, Ryan Giggs and David Beckham came on to the scene.” Some would argue that Cleverley is best used further up the pitch, and the fact that he is not quite the finished article may suggest he will be Kagawa’s understudy of sorts in the central role of that advanced trio, although Lucas Moura, should he arrive, will also be vying for a place in this position. Particularly with Darren Fletcher’s career hanging in the balance, many are struggling to fathom Ferguson’s refusal to by a defined, out-and-out defensive midfielder, such as Newcastle’s Cheik Tioté who has been linked in the recent past.

The key to success for United, with such a plethora of talented footballers at their disposal, is to find Wayne Rooney’s best position. The talismanic 26-year-old has played everywhere from the flanks to central midfield to a traditional centre-forward to a second striker; similar to the role Kagawa is likely to occupy in the new season. The trust put in the Japanese midfielder suggests that Rooney will be played as a ‘number nine,’ effectively leading the line on his own although he will of course be aided by Kagawa and two of Nani, Ashley Young and Antonio Valencia in the wide positions, who are likely to be rotated throughout the season.

However, this thereby limits the game time of Danny Welbeck, who had something of a breakthrough campaign last season, and was one of England’s better players at Euro 2012, as well as Javier Hernández. The Mexican was signed from Guadalajara just weeks before he was to represent his country at the 2010 World Cup in South Africa, where he first really caught the eye of the mainstream football fan. His debut season in the Premier League was explosive, as he rapidly gained a reputation as something of a poacher, scoring 20 goals in all competitions. However, he seemed to suffer from a common bout of second season syndrome, struggling to recapture the form he demonstrated in his first 12 months in England and consequently spending most of his time kicking his heels on the bench; his evident rustiness in United’s pre-season games thus far have promoted an air of scepticism around the player and his performances. With only one striking position up for grabs, you imagine his game time will be restricted further, which speaks volumes for those even further down the pecking order, including Dimitar Berbatov who recently announced that he doesn’t expect to feature much for United in the new season and that, unless they insist he stay, he will leave for the sake of his own career.

Ferguson’s apparent interest in Arsenal’s wantaway striker, Robin van Persie throws another spanner in the works, but even without the Dutchman, he has plenty of options at his disposal. If the manager can keep all the personnel happy, namely by rotating and keeping his players fresh, you’d be a brave man or woman to bet against United making up for last season’s disappointment by claiming their 20th league title.