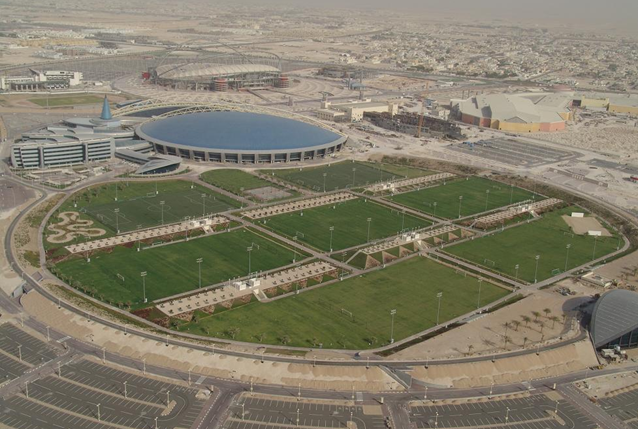 Earlier this year, Manchester United were a formidable force coming into the Milk Cup, an annual international youth tournament held in Northern Ireland, attracting the world’s hottest talent. Ryan Giggs, Paul Scholes and David Beckham have historically represented the club in this tournament before and this year’s crop of players have the same ambitions. Two FA Youth Cup winners amongst a host of potentially world-class players graced their squad as they breezed through to the final, scoring 16 goals in only 4 matches.

However, Manchester United were absolutely embarrassed in the final, losing 5-1. They were no match for their opponents who trounced their every opposition in the tournament. Considering Manchester United have a high reputation for producing talented internationals year after year, the side that thrashed them must be something special?

Aspire Academy was formed in Qatar in 2004, looking to bring and develop sporting excellence to the country, regardless of their social or economic class. Their mission is to ‘Develop exceptional sport champions who are highly educated leaders and help individuals realize healthy active sporting lifestyles.’They pride themselves with world class facilities, which have attracted the attention of such clubs as Bayern Munich in recent months, and a scouting network that tirelessly works all across the globe and sees almost 500,000 13-15 year olds trialled every year, 23 of which make the cut.

Aspire found themselves 3-0 up within 25 minutes in the Milk Cup Final. Ibrahima Drame scored a hat-trick to all but put Aspire’s name on this year’s trophy. The towering striker opened the scoring with a powerful header. Two more clinical finishes left United shocked as they didn’t even register a shot until 44 minutes had been played. Babacar and Kaina finished the rout for Aspire and weren’t really fazed by Jack Barmby’s consolation goal for the Red Devils.

It’s been no secret that the small Middle-Eastern nation has been heavily criticized since winning their bid to host the 2022 World Cup. They have completely insufficient infrastructure as well as scorching temperatures that could make the prestigious tournament an utter failure. Qatar are ranked 90th in the world, therefore putting up any real fight to beat some of the world’s best nations seems just a fantasy. Despite this, Aspire Academy have caught the attention of the world following this appearance and could offer some kind of hope for the future of football in Qatar that could turn the struggling nation into a formidable force on the international scene.

Aspire Academy is funded by Qatar’s royal family in order to train athletes with the best technology and best coaches that money can buy. Shortly after forming, a huge project to recruit talent from all around the world began. Head scout Josep Colomer, the man responsible for bringing Lionel Messi to Barcelona, travels all around the world searching for the best hidden talent in the farthest-flung villages in the world.

Each year hundreds of thousands of aspriring athletes gain trials at Aspire. They are put through a series of exclusive trials with the view to earning a scholarship along with a select squad of other international players. Aspire has a huge contacts book which spans all across the world. This allows them to reach untapped sources of youth football outside the traditional structures of club football.

Sepp Blatter was very impressed on his visit to the academy in 2008, saying that the academy is “Making a very good contribution (to world football)”

The scheme is working very hard in Africa to search for local talent. With the number of European clubs finding superstars from African nations always on the rise, Aspire are looking to hijack targets for top European clubs. Aspire Academy discovered and produced some of Ghana’s world-beating 2009 Under 20 World Cup side, Nigeria’s 2009 Under 17 World Cup runners up squad and South Africa’s current Under 17 side. Aspire Academy tends to focus on scouting in lesser-known nations such as Thailand and Guatemala rather than Brazil and Argentina, where they can uncover talent rather than competing to steal talent from major clubs.

Although the chance of getting into one of Aspire Academy’s very select sides is incredibly rare, giving the opportunity to youth players will provide them with the confidence to further their footballing ability and hopefully grace the world with their skills in the future. Providing trials for kids with unfortunate backgrounds puts a smile on their face, even if they do not earn a scholarship at the end of it.

Aspire Academy has came under huge criticism over its cost-effectiveness. Despite becoming a growing success, Aspire has not yet produced anyone that’s taken the world by storm. Although exact budgets are secret, it is thought that Aspire have spent billions on facilities, hospitality and staff while they have created very little results that make any sort of turnover.

One may ask the question that if Qatar is recruiting from around the world, how does that benefit their national football team? Qatari citizenship is generally very hard to secure, most people will have to wait 25 years before they can be considered Qatari. However the state can grant a passport and citizenship to anyone they want and in the past they have taken advantage of this by nationalizing Kenyan steeplechasers, Bulgarian weightlifters and Chinese chess players. The state will look to make the best talent from the Aspire Academy into Qatar nationals in order to develop and expand the talent of their squad leading up to the 2022 World Cup where they will be pressurized to make a huge impression. This may be the wrong way to make an impression on the world scene, but Qatar is all about making a name for themselves in the world and with such pressure to produce, maybe this is the only way?

Around the world, youngsters rarely get opportunities to showcase their abilities to top scouts. Aspire’s programme is providing the blueprints for young kids to make a future in football and turn dreams into reality. I believe this Academy had a huge helping hand in securing Qatar’s bid to host the World Cup and I believe that Qatar could become a formidable force on the opening day of the tournament in just over a decade’s time.