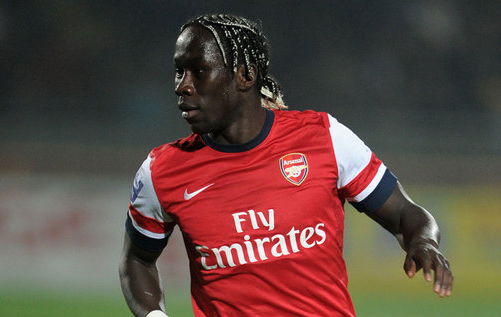 As the end of the season draws closer and closer, so does the opening of the summer transfer window. Thus inevitably signifying the start of all transfer gossip that plagues fans’ lips during the period from May to June.

This year is no different, and judging from newspapers and journalists, the start of the transfer window is going to be a worrying time ahead for Arsenal fans.

Bacary Sagna, loyal servant to Arsenal for seven years, has been rumoured with a move away from Emirates as his contract is up this summer.

According to Le10Sport in France, Bacary Sagna has agreed terms with Arsenal rivals Manchester City and will join the club when his contract is up in the summer.

Arsenal and Arsene Wenger have been put under scrutiny in recent years for selling their best players to rival clubs, e.g. Samir Nasri to Manchester City in 2011 and Robin van Persie to Manchester United in 2012. And once again, a star man of Arsene Wenger’s has been linked with a move to a fellow title-challenging club such as City.

It is not only the Frenchman who is rumoured to be leaving London this summer, however. Captain Thomas Vermaelen, who has only saw the pitch eight times this season, has also been linked with a move away, although not as heavily as Sagna.

As the Belgian’s playing time has become limited since Arsene Wenger left him out of trip to the Munich in 2013 which saw the beginning of a formidable and world-class pairing of Laurent Koscielny and Per Mertesacker, Vermaelen has found himself either filling in for an injured or suspended defender, whether it is Koscielny, Mertesacker or Nacho Monreal.

The obvious reason as to why Sagna may want to jump-ship to the blue side of Manchester is to win trophies. Arsenal’s deprivation of major trophies over the last nine-years has seen world-class players leave the London club year-after-year.

Bacary Sagna has developed into one of Arsenal’s most pivotal players as of late. Arsenal’s back four – made up of Bacary Sagna, Laurent Koscielny, Per Mertesacker and Kieran Gibbs – was hailed as ‘the best in the country’ until the capitulation that occurred once Arsenal visited Manchester City, Liverpool and Chelsea.

Nevertheless, on paper, Sagna is arguably one of the best right-backs in Europe. According to Squawka, Sagna has won 67% of his headed duals and 56% of his tackles. In addition, the 31-year-old has a pass accuracy of 85%, and a nice three assists and goal to his name this campaign.

Although Thomas Vermaelen has only accumulated eight appearances in an Arsenal shirt this season, he has performed when he has needed to, which has earned him a pretty 6.74 rating from highly-credited football stats website WhoScored.

Vermaelen is also very important to the Gunners due to his versatility. His best, and preferred, position may lie at centre-back, but he is also crucial to Arsene Wenger’s side when Gibbs and Monreal are unavailable – to fill in a left-back.

Holding onto both Sagna and Vermaelen will also benefit the squad not just directly but indirectly too. The Arsenal faithful have been crying out for Arsene Wenger to invest in a proven #9 and a proven defensive midfielder.

Carlos Vela, Real Sociedad forward, has been rumoured to be available at around £4m, according to Marca, due to Arsenal’s ‘buy-back’ clause which was implemented into his contract when he left England for Spain in 2012.

Karim Benzema, the Real Madrid striker, has been linked with a move away from the Bernabeu as Carlo Ancelotti’s side are preparing to launch a bid for Liverpool’s Luis Suarez this summer, according to numerous outlets.

Three great players, which is feasible for a club such as Arsenal and would resolve the issues that have been plaguing them this season.

However, how can Arsene Wenger splash his cash on players that are a necessity of sorts to the club if he’s pre-occupied with trying to replace outgoing players?

Arsenal have already been linked with a replacement right back if Sagna decides that he has run his course in an Arsenal shirt, 21-year-old Serge Aurier from Toulouse. The Ivorian is valued around £10 million, according to the Metro.

Although £10 million seems a reasonable amount of money to splash for a young right-back who is rated highly in France and will most probably fill the void left by Sagna for the foreseeable future, it’s a chunk off Arsenal’s transfer budget and wage bill. That’s the key.

It’s crucially important for Arsene Wenger to hold onto both Sagna and Vermaelen. Their presence to the team is vital, but it also allows Wenger to go and add a few extra names to make this Arsenal side legitimate title-contenders for all 38 games of a season.