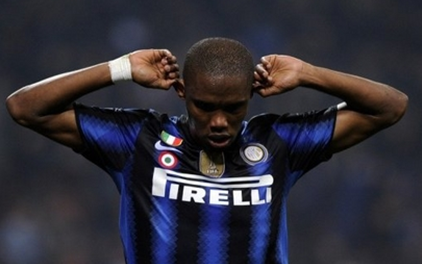 If you had asked the average football fan some six months ago who or what Anzhi Makachkala were then you would most likely have been met with a look of pure confusion ‘Anzhi what-now?’

Fast forward to the present and the opposite is the case. Flick through the pages of an English newspaper over the past couple of weeks and you will notice the Anzhi name creeping up with increasing regularity. It’s testament to the club’s rise that nations hundred and thousands of miles west have begun to take notice of what they are trying to achieve.

Suleyman Kerimov’s mind boggling levels of investment into the coffers of the club since his takeover at the turn of the year has seen some of the world’s top talent linked with a move to the Republic of Dagestan in Russia’s North Caucasus region. While Roberto Carlos was arguably the sole world renowned player to make the move to Anzhi over the winter – the summer has proved to be an entirely different kettle of fish.

Balázs Dzsudzsák made the €14m move from PSV to Anzhi as the summer transfer window cranked into gear in a move that the player described as being a ‘step forward’ in his career. This statement was widely derided by fans and pundits alike as the thought of Anzhi being a forward movement in an already successful career was frankly laughable. Dzsudzsák saw himself labelled as a mercenary – a man pursuing the largest possible pay cheque for the minimum amount of effort. However recent events will possibly see him have the final laugh.

Anzhi’s signing of Chelsea’s Yury Zhirkov was a statement of intent that few thought possible. Zhirkov – whose time in England was blighted by injury and heavy competition – was widely viewed as a heroic figure within Russian football. His transfer from CSKA Moscow to Chelsea in the wake of Euro 2008 was greeted with squeals of delight from the Russian public who have long wanted to see their players ply their trade in Europe’s top teams and leagues. Zhirkov’s profile therefore pointed to only the prestigious clubs of Zenit St Petersburg, CSKA and Spartak Moscow having a hope of signing him. However Anzhi’s emergence clutching the player’s signature is a signal of a strong power shift within the foundations of Russian football.

Zhirkov’s arrival has sparked a sense of an ‘impossible is nothing’ mentality within Anzhi. The signing of one Russia’s most prominent players has created a tide of expectation that there will be yet more high profile signings before the transfer window slams shut in the coming weeks. One such name who has found himself linked with a move to Dagestan has been Inter’s forward Samuel Eto’o.

Anzhi’s reported offer of €30m to Inter as well as a princely €20m a year contract to Eto’o himself is a mouth watering prospect that may well prove to be too difficult for either party to turn down. Let’s not forget that Eto’o – who has now turned past the wrong side of 30 – will understand that the next contract he scratches his signature onto may well be the last bumper deal of his career. The chance to earn some £300,000 a week will most definitely be the best offer he could ever possibly hope of achieving.

While the money may be a ‘no brainer’ – there are certainly other factors that could both aid and hinder any potential deal. Eto’o’s repeated conflict with racial abuse while on the football pitch – something he has had to deal with in both Spain and Italy – is something that he will face in even more severe measures as he takes to the field in Anzhi’s colours. Russian football has a long standing relationship with racism and it looks to show few signs of letting up – Eto’o need only ask potential team mate Roberto Carlos about it.

However should Eto’o decide to make the move to Dagestan then Anzhi will no doubt become one of the favourites to earn a Champions League place come the end of the season next May. While both CSKA and Zenit seem set to lead the title charge for the remainder of the season – the third Champions League spot remains very much up for grabs. Dinamo Moscow’s strong form so far this term places them in the driving seat however it is very much the case that the spot is hardly bolted down by anyone in particular. So Anzhi will smell the opportunity and it would take a brave man to bet against them continuing their decent run so far this season. Should the club feature in next season’s Champions League then the potential for yet more big money signings is practically mouth watering and inevitable.

Anzhi may not be one of Russia’s traditional powerhouses however they join the likes of Manchester City, Paris Saint Germain and Malaga as the lucky few who can truly etch themselves into this elite group through the funds they spend. For Russian football, in general, this is a hugely exciting prospect as it will be refreshing to see some fresh blood and fight injected into the title race. So make sure you remember the name, Anzhi Makhachkala, because they’re coming to Sky Sports soon.

One thought on “Anzhi set their sights on Samuel Eto’o”