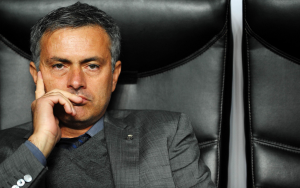 Following Mourinho’s first ever league loss at Stamford Bridge just a week before, against the then bottom team in the league of all opposition, many expected another routine victory for a Liverpool team seemingly destined to win their first premier league trophy on the year of the 25th anniversary of one of the darkest days in footballing history.

Obviously, there is still time for another twist this season and maybe it’s set up for Liverpool’s ‘friendly neighbours’ Everton to do them the ultimate favour when they face Manchester City on Saturday, but for now at least Liverpool seem to have lost control.

Yet, one thing that has been rather disheartening though has been the amount of criticism Chelsea have received for the nature of their win. Brendan Rodgers himself seemed to have a dig in the post match interview, describing Chelsea’s style as ‘easy to coach’ whilst various media outlets (the very same who had been so desperately pining for Liverpool to win, and who had formulated this myth that Liverpool have achieved the remarkable without spending a dime) referred to Chelsea’s victory as ‘bad for football’.

Now, I’m not one to staunchly defend Mourinho – I think he lost the Champions league semi final tie when he failed to appreciate the value of an away goal and went for a 0-0 at the Caldéron which many top coaches will tell you is, by all intents and purposes, a bad result in the context of a Champions league tie. However, I can’t see for the life of me why his tactics against Liverpool are being so badly reprimanded. 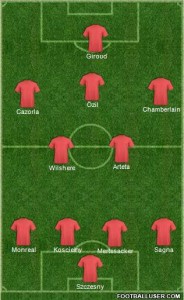 If you journey back to the 8th February 2014, when Arsenal came up against Liverpool, you will see a team that tried to play an open, expansive game and did not focus on the opposition – and that side got beaten 5-1, derailing their title challenge.

Their line up entailed Wilshere and Arteta in holding. Arteta is no longer fast enough to cover in the modern game whilst Wilshere has too much of a tendency to bomb forward and leave the defence exposed.

Furthermore, with Kieran Gibbs out, the hapless Nacho Monreal was deployed at left back with Santi Cazorla of all people supposedly ‘covering’ him. Three of Liverpool’s five goals originated from attacks down the right wing.

A similar fate befell Tottenham when they went to Anfield on the 30th March without any real game plan for combatting the pace and ruthlessness of Liverpool’s counter attack whilst even Manchester City could’ve well been 3-0 or 4-0 down at half time at Anfield had Daniel Sturridge, among others, been able to finish his chances.

So, what exactly was Mourinho supposed to make of all this?

Despite Liverpool easing past Everton, Arsenal, Tottenham and Manchester United between the end of January and last Saturday, was Jose meant to go out there ‘believing’ in the ability of his side? No, that particular faux pas is limited to Arsene Wenger.

Was he meant to deploy a midfield trio of say, Lampard, Oscar and Schürrle and hope for the best? Of course Mourinho was going to set them up to stifle Liverpool’s creativity. Of course they were going to man mark Sterling and Coutinho out of the game, this isn’t ‘anti-football’ it’s common sense!

The game also succeeded in exposing some flaws in the current Liverpool side, shocking considering we’d been taught to believe there were none in the last three months, many would have you thinking these men were gods reincarnated – the invincibles mark two.

When the going gets tough, Liverpool are still extremely reliant on a moment of magic from Luis Suarez, this was the case at the start of the season (pre-Christmas) and has been the case since – it’s just the fact that the going hasn’t been particularly tough in most of Liverpool’s games that Luis Suarez has been able to, for once, take a bit of a back seat role in the team and allow Coutinho, Sturridge, Sterling et al to show what they can do.

Suarez remains by far and away the best player at that team – to an unprecedented extent. Even Ronaldo at Manchester United didn’t have the kind of monopoly on quality that Suarez has at Liverpool. Any Liverpool fans saying they would cope without Suarez as they have got Sturridge would be in for a nasty surprise next season if that prophecy came true.

Liverpool without Suarez are like Barcelona without Messi. In fact, I’d go as far to say that Suarez is more important to Liverpool than Messi to Barca, he certainly has been this season.  Sure they’ve got a good team but many of the players thrive off having that world class striker up front, not only finishing chances but linking up the play and carving defences open in a flash, thus creating the chances which the likes of Sturridge duly gobble up.

When Liverpool have been forced to play without Suarez it has rarely, if ever, been in a big, meaningful game – the only one that springs to mind is the Manchester United game earlier in the season, but that wasn’t really Manchester United – it is the team set to finish seventh having already secured the accolade of their worst ever Premier League points tally.

The title is still far from decided, and Liverpool may yet go on and win it – an accolade Rodgers and the players would undoubtedly deserve if they were to, but what Mourinho did last Sunday was not ‘anti-football’, nor would it have been ‘to the benefit of the game’ if Liverpool had won.

Football is not all about attack, you will not come across any previous Premier League title winners that had a weaker defence to Liverpool’s at the moment, certainly not relative to the standard of the league at the time anyway. A solid defence is an art, and whilst it may not be as pleasing on the eye or as fan-friendly as winning all your games 4-1, 3-0, 6-3 et al in the long run it can be just as – if not more – effective.

Obviously there has to be a balance between a solid defence and downright negativity (and arguably a balance Mourinho lost sight of in trying to close out Atléti, Liverpool and Atléti again all in the space of six days) but attack alone doesn’t win you titles. Nor does playing attacking football without a second thought for defensive responsibilities automatically merit silverware.

Liverpool deserved to lose against Chelsea and may find their predictability and defensive frailties exposed massively on a European stage next year. Certainly, if they do not change their ways they cannot rely on the footballing ‘good will’ of teams to play into their hands in the same fashion Arsenal, Tottenham, United et al did and when they do and it will not be ‘bad for football’ or ‘a loss for the beautiful game’, it will be fully deserved, just as Sunday’s defeat was.