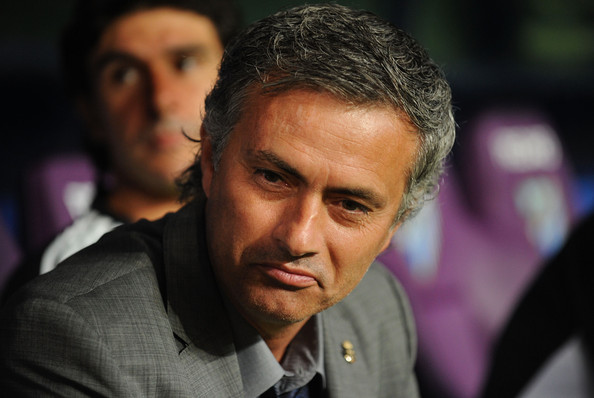 Despite another capitulation to Pep Guardiola’s magnificent Barcelona side in the Spanish Super Cup, and a bit of an eye-gouge on Barcelona assistant coach Tito Villanova, Jose Mourinho’s impression on both Real Madrid’s results and attitude have been evident to see in the past year, and Los Merengues look primed to mount a more serious threat to Barcelona’s reign. The capital club, long Spain’s leader domestically and on the continent, last won the league in 2007/08 and have since been in the shadow of their all-conquering Catalan rivals, who have taken the world by storm with their incredible success and style of play.

The recent Barcelona dominance is an especially hard pill to swallow for Madridistas given their own side’s relative drought; in fact, last year’s Copa Del Rey triumph was the first time they lifted the trophy in almost twenty years, and given the financial power and high expectations the club has, four league titles and one Champions League title (most of which were in the first half of the decade) capped off a relatively lacklustre 2000-2010 period for Los Blancos. After the 5-0 massacre at the Nou Camp last November, it seemed almost nothing would bring Mourinho and company within striking distance of challenging Guardiola’s men. And Barcelona have strengthened, with Cesc Fabregas’s arrival finally completed, joining with highly rated Alexis Sanchez from Udinese to add to an already formidable squad. Both had to settle for a spot on the bench for the second leg of the SuperCup, and given Barcelona were able to start the same eleven that convincingly beat Manchester United at Wembley, it would seem they are even tougher to surpass. But even towards the end of last season, there was hope.

Reading roughly, Madrid evenly split the “World Series” of Clasicos in late April and early May, drawing twice, losing once, and winning the Copa Del Rey, and tempers on both sides were high throughout, with the “Special One” earning himself another touchline ban. Marcelo’s horror tackle on Fabregas in injury-time of the SuperCup is the latest in a line of unsavory incidents on both sides, but the strife seems to have brought the team together. Never short of theatrics, Mourinho has expressed his belief that his former employers get preferential treatment on numerous occasions, even whilst at Inter Milan after their epic semi-final victory in the 2009/10 edition of the Champions League. And while the self-described “persona non grata” has undoubtedly killed off any goodwill he had earned from the supporters at the Nou Camp, his antics and fiery disposition seem to have lit a fire under the squad, and a range of signings since his appointment have proven to be successes. Mesut Ozil, Sami Khedira, and Angel Di Maria all had immediate impacts on the first team picture last term, and formed a vital core for the run to the Champions League semi-finals.

This transfer window has seen another slew of players join the squad. Left back Fabio Coentrao brought in from Benfica to compete with the excellent Marcelo, and both players’ ability to play on the wing gives the manager a versatile option on the left side. After leaving Madrid’s B side in search of first team football, Jose Callejon returns after four successful seasons at Espanyol, and the pacy winger will provide depth and skill on the flanks.Turkish duo Nuri Sahin and Hamit Altintop also bolster the midfield ranks. Sahin is just 22, and was a driving force behind Borussia Dortmund’s Bundesliga-winning campaign last year, while Altintop is an experienced central midfielder capable of sitting deep or playing further up the pitch. Raphael Varane seems one for the future, with the 18 year old centre back joining from Lens to learn from Ricardo Carvalho and Pepe, and could go on loan.

With Casillas in goal, and a back four of Ramos, Pepe, Carvalho, and either Coentrao or Marcelo, with Raul Albiol and Alvaro Arbeloa for cover, performances like the one from the 5-0 loss should be a thing of the past. Xabi Alonso and Sami Khedira excelled as the pivot players in Mourinho’s system, often a 4-2-3-1 against Barcelona, and Altintop provides an alternative as well as cover. It looks as if Lassanna Diarra will not be needed, but the French international remains for now. Sahin will compete with Ozil and Di Maria for time on the wings, and Callejon could feature either on the wing or as a forward. Cristiano Ronaldo has been employed as winger, central attacking midfielder, and even as a striker, but the return of a healthy Gonzalo Higuain, as well as the on-form Karim Benzema, will see him return to his customary role as the center of the attack. Kaka again looks like he will struggle to feature.

An early setback is surely not what the supporters desired, but with a new attitude and confidence under Mourinho, Real Madrid are on the way up- time will tell if they can meet or surpass Barcelona’s heights.

5 thoughts on “Another defeat, but Mourinho making progress at Madrid”