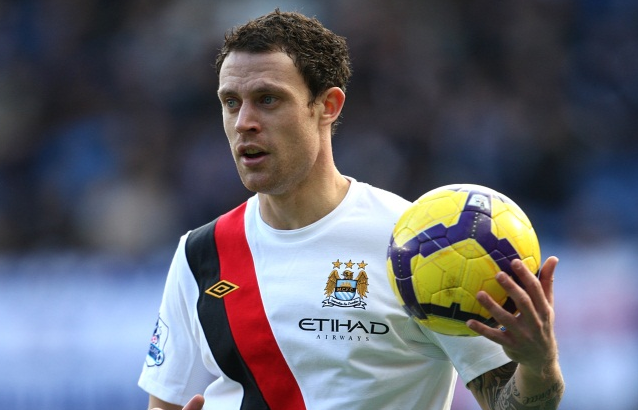 At 5.40pm on the 6th of May 2014 Icon Sport released a tweet to the twittersphere and their 408 followers that read: “Wayne Bridge has today announced his retirement from football #amazingcareer #goodluckwayne.”

There was something melancholy and almost poetic about the way in which a player’s career can just seem to end with the use of only 91 out of a possible 140 characters on a social media site.

Of course the decision would have been a deeply difficult and personal one for Bridge and those close to him. And we live in an age where social media plays such a huge role in the world of sport and the way we consume it. But still, it wasn’t even Bridge’s personal account.

Yet, in many ways, Wayne Bridge’s career was almost like a Shakespearean play. Just like that guy from Macbeth or your man from Hamlet. Or Romeo and Juliet. Or that bit in the Merchant of Venice. You know, when there’s that monologue and then tragedy happens.

There’s something in there anyway. Perhaps a more versed fellow than myself could tease out a plotline from amongst that and espouse a witty and effective metaphor. But, alas, I am no Guardian journalist.

It does, however, remind me, at a bit of a stretch, of something more along the lines of Rosencrantz and Guildenstern Are Dead. In Tom Stoppard’s play the two minor characters from Hamlet play out their own story while the wider drama of the Shakespearean tragedy happens off stage. Maybe that’s a bit harsh on poor Wayne. But he does seem to have played the supporting act to his own career at times.

A graduate of the well-respected Southampton Academy, Bridge made a quiet debut in a 1-2 defeat to Liverpool in the opening match of the 1998/99 season, coming on as a substitute for the injured John Beresford seven minutes into the match. Michael Owen, back from world cup duty in France, grabbed the headlines in the following day’s papers, with Bridge’s name only appearing in the team line-ups.

It wouldn’t be until two years later that Bridge, having converted from left wing to fullback, would nail down his place in the Saint’s starting line-up. What would follow was a record-breaking number of starts for an outfield player at the time, 113, and a reputation as one of English football’s hottest young talents.

In 2003, at the age of 22, Bridge was then tempted away from the shiny new St. Mary’s Stadium to Stamford Bridge and a Chelsea side who were about to experience their first season with Abramovich’s millions. It could be argued that his debut season, following his £7 million move, was the zenith of Bridge’s career.

He made 53 of his 142 appearances for the club in that season and his 88th minute goal against Arsenal put Chelsea into their first Champions League semi-final, a match which also marked a shift in which club would have the upper hand in the London derby over the following decade. To this day Chelsea fans still sing about Bridge’s goal.

But from here Bridge’s story goes steadily south. Injury would plague his second season at Chelsea, but he would still pick up a League winners medal. However the signing of Asier del Horno would mean Bridge would fail to make a single appearance in the league for the entire 2005-06 campaign. He would move to Fulham on loan in January 2006 and the transfer of Ashley Cole from Arsenal that summer would see him spending the remainder of his time at Chelsea as a squad player.

You must wonder if Wayne is haunted by Cole? If he wakes up in the morning only to peer out the window and see Ashley cutting the lawn in Wayne’s own clothes. Wanders downstairs, angry that Cole is doing a job that is rightfully his and trying to come up with the right words with which to blast him out of it, only to find John Terry making breakfast in Wayne’s favourite dressing gown. Then he awakes in a cold sweat, afraid to go back to sleep for fear he would return to the same dream’s universe.

Some of the short reports on Bridge’s retirement sum up his 36-cap England career as a time spent as Cole’s ‘understudy’ or ‘long-time deputy’. Ouch.

It wouldn’t be long after he moved to Manchester City for £12 million in 2009 that another former England and Chelsea teammate would drag Wayne back into the spotlight. Six years after making his most memorable impact on the pitch Wayne would find himself playing the supporting role once again.

This time in a media circus that would result in the stripping of an international captaincy, the departure of an international manager, millions of football fans becoming familiar with the term ‘super injunction’, ushered in an era of handshake sagas and, amongst it all, Bridge’s retirement form international football.

An influx of money into Chelsea brought Wayne there. An influx of money brought him to City. But the move to City was quickly followed by loan spells at West Ham, Sunderland and Brighton. The end of his career spent in England’s second tier. A free transfer to Reading last summer saw him make only 12 appearances. He made his senior debut in 1998 as a result of Beresford’s knee injury and it’s a knee injury that has ended his senior career at the age of 33; dramatic irony worthy of a Shakespeare play.

‘Tis safer to be that which we destroy

Than by destruction dwell in doubtful joy.