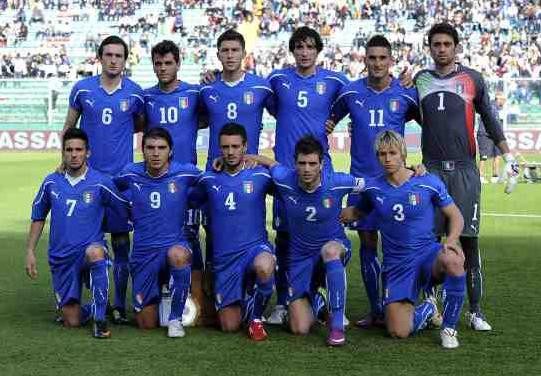 As Serie A looks to change from the dated stereotype that it is filled with aging players and that the loss of its top three status in UEFA’s Coefficent Rankings means the league is in decline much talk has centred around the leagues young players. With Roberto Baggio, Demetrio Albertini and Cesare Prandelli championing the addition of a reduction in the upper age limit of the Youth Sector and a team of Under-23’s entering the league system in Serie B, now seems the perfect time to look at the next generation of stars coming through the ranks of the peninsulas clubs. All these players are under 21 and have played less than 50 games in Serie A, two already familiar names – Federico Macheda and Adem Ljajić – have purposely been omitted.

The one player who needs 2012 to be his year more than anyone on this list is the Inter-owned fullback who has gone from marking Cristiano Ronaldo to Cesena’s relegation battle almost without stopping. Praised by none other than Jose Mourinho for his tactical understanding and adaptability, he was consigned to the bench during last seasons treble-winning drive, mostly through injury. The arrival of Rafael Benitez saw him receive even less space, eventually moving on loan to The Seahorses in January. Seeing the struggles in Inter’s back-line recently it is hard to imagine he could do much worse but must work hard to live up to his ‘predestinato’ tag.

The main problem highlighted by the recent proposal has been clubs leaving youngsters, no matter how talented, in the Primavera side until they are no longer eligible. Eschewing that trend, Swedish midfielder Ekdal signed for Juve in 2008 from IF Brommapojkarna aged just 17. He did play for the youth team that season, but made his first team debut less than two months after moving to Turin. He spent last season on loan at Siena, playing 27 games and scoring his first Serie A goal against Inter in a 4-3 loss. After his impressive spell with the Robur he moved to Bologna, again on loan and has continued to shine. A complete central midfielder he would be an ideal backup to Alberto Aquilani next season for his parent club.

Hernández was given room in the Rosanero squad after Edinson Cavani left for Napoli and Uruguayan became the focal point of the teams attack, benefiting from the stellar play of Pastore, Miccoli and Josip Iličić. A fast central striker and a good finisher he has quickly become an important player for Palermo this season, his absence from the team certainly a reason for the mid-season slump. The former Peñarol player moved to Sicily in February 2009 and has already played 42 games in Serie A, netting 13 goals. 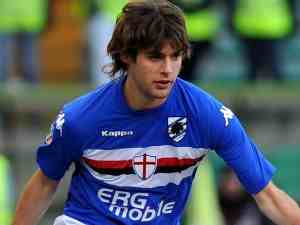 A very cerebral midfielder despite his age and inexperience, his smart tactical mind and neat passing game won the full confidence of Gigi Delneri last term and the coach rewarded his ability with 31 league starts. This season he has struggled – unsurprising given the tumultuous events that continue to rage behind the seasons at Sampdoria. Poli can be relied upon for assists and an occasional goal from either a deep-lying regista position or in his preferred centrale role where he was a key factor in the sides fourth place finish. Still far from the finished article he spent a year on loan at Sassuolo where he scored 5 goals in 32 Serie B appearances. Widely tipped to move on this summer there will be no shortage of offers for a player of his superb talent.

The cliche about Milan being an aging team is quickly being dispelled by the a man injecting some much needed youth and pace into the side. Lots has been said and written about the fantastic work being done with young immigrant players by Germany, and Merkel embodies all of that. Born in Kazakhstan to Russian parents he moved to first Westerwald and then VfB Stuttgart and has opted to play for the Nationalmannschaft of his adopted nation and has represented them at every level from Under-15 to U-19 already. He is now part of a young new generation coming through for the Rossoneri and the central midfielder looks set to do so for a long time to come.

The Danish defender only joined the Bianconeri on loan (with a right-to-buy clause set at just €120,000) this past summer despite a trial being cut short after he suffered a broken nose. Fabio Paratici is much too shrewd a scout to let something so minor prevent him signing a player he’d tracked for some time and the deal with Lyngby was done. He was placed at the disposal of Giovanni Bucaro and fully expected to spend the season learning his position under the Primavera coach. However following an injury crisis – and the continued woefulness of Marco Motta – he has played his way into basically being the starting right back in a truly big club, despite the Cesena game being his professional as well as club debut. Having played 15 games already he, much like Ekdal has already shunned the usual order and that must surely continue.

There are a number of unique attributes that Fabrrini possesses marking out as different to most other names on this list. Firstly he is an Italian winger – although equally at home as a second striker – making him an extremely rare commodity and secondly he is not on the books of any of Serie A’s big clubs (although Udinese do co-own the player). His skills have many admirers, none more so than Ciro Ferrara who has given him the captaincy of the Italy Under-21 side recently. Blessed with both great acceleration and a superb work-rate he truly has a bright future but for now he will continue to wow visitors to the Stadio Carlo Castellani.

The defensive midfielder is on loan at Lecce where is has been deployed in a more advanced role, and the Southern side have benefited from the switch as he has three goals in seven appearances. He has played for all of his Italy’s young national teams and has been rewarded with a call to the U-21 set-up. As well as the clearly evident shooting ability, he has pace and vision, all of which has seen him compared to Esteban Cambiasso. Roma’s prospective new owners should certainly pay attention, turning to the youngster could save significant outlay. 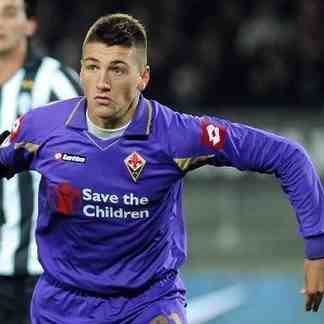 “I have played with the greatest defenders and in my view he reminds me of Aldair, he has the same calm.” High praise indeed, especially when it comes from Siniša Mihajlović, a man who rarely wastes his words. Born in Pisa but part of Fiorentina’s youth system the 18 year old is already a regular in Ciro Ferrara’s Italy Under 21 set up and reminds many observers of Giorgio Chiellini. Superb in the air but comfortable on the ball, he could become a vital cog for the Viola given time, space and the right guidance.

He may look like Pato but the man on the other side of the San Siro divide signed with Inter aged 16 and remained on loan at Vasco da Gama until old enough to move continents. He can play in a variety of offensive positions and while his best would be behind the strikers as a traditional number 10 he can also play as a second striker or – as he was used under Rafael Benitez – start on wing and cut inside, much like Ronaldinho used to do for Barcelona. Quick off the mark and blessed with an advanced tactical sense, Coutinho is the perfect reserve for Wesley Sneijder but he may need to be sent on loan to gain some much needed experience.

Asked who should replace him after his injury earlier this season, Rossoneri striker Filippo Inzaghi said; “If I have to be replaced then I would say Paloschi is the best suited to do so”. As endorsements for goal-scorers go that is about as high as it gets for the young ‘bomber’ who has spent most of his career on loan away from San Siro. Indeed after a three year spell at Parma in both Serie A and B he moved to Genoa this past January and the port club now own half his contract. He is the starting front man for Italy’s Under-21 side and has an impressive five goals in 12 games for the Azzurrini.

Another product of the excellent youth set-up at Juventus, he too is another player who could play an important role for the club in the future. Marrone is already being called as a possible reserve to Felipe Melo should Momo Sissoko move on this coming summer, but would probably benefit more from another season gaining experience, particularly as Siena look set to return to Serie A under Antonio Conte. Superb in his regista role, the player has thrived under the Bianconeri legend. As the player himself noted recently, he is ‘ready for Juve, my time will come’. That patience will serve him well, but like the other men on the list it is to be hoped he won’t be waiting too long.