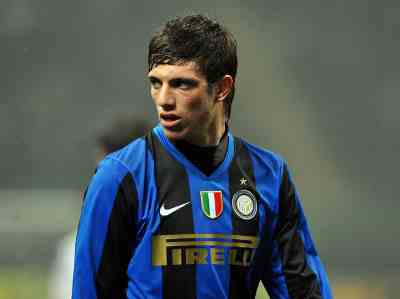 “Do you want to know what Davide’s problem is? It’s Maicon. Santon is not a regular in the starting eleven because he has Maicon ahead of him.” – Jose Mourinho

Last season, Inter resolved their long standing left-back issue, bringing in Yuto Nagatomo on loan from Cesena. The Japanese International continued his impressive form from the Asian Cup victory, stepping in to a role that has either been covered by Javier Zanetti – who is now more comfortable in midfield – or Christian Chivu.

The Romanian has endured a torrid eighteen months at full-back, turned all too easily – and with increasing regularity – by a variety of players, from Milos Krasic to Arjen Robben. Yet now, as the summer transfer window opens, it seems the problem may be about to switch flanks.

Once again Maicon is linked with a move away from the Meazza, inevitably to Jose Mourinho’s Real Madrid. While the move would be far less lucrative for the Italian club than it would have been twelve months ago, the fee would still be inviting from the Nerazzurri point of view, particularly in light of the Brazilian’s clear decline over that same period.

What makes a sale even more enticing for Massimo Moratti is that he can feel secure in the knowledge that his club owns one of the peninsula’s most talented defensive prospects and surprisingly for a young Italian player, Davide Santon has a good level of experience in the top division.

Sent to Cesena in exchange for the loan of Nagatomo, the twenty year old Santon has played over 50 games for Inter, as well as 11 starts for the ‘Cavallucci Marini’ in his brief spell there. He has also featured seven times for the Italian national team, making him very much ahead of the curve in a country notoriously sceptical of young players.

Two years ago it was Mourinho himself giving the player his Inter debut in the Copa Italia, replacing Maxwell in the starting line-up after a disastrous performance at Atalanta from Maxwell. He played well enough to keep his place in the side, no mean feat in a squad as strong as the one assembled by Inter in recent seasons.

A few weeks later Manchester United visited San Siro in a tie that would see Santon pitted directly against Cristiano Ronaldo. The match would end scoreless and the Portuguese player was quick to praise the youngster who had kept him largely in check throughout the ninety minutes; “I was impressed by Santon; he is really interesting, a great footballer.”

By the end of the season he had breezed through the Under-21 set-up to become a full International, making his debut in a 3-0 victory over Northern Ireland. From there however, the only way was seemingly down and, as Inter chased a remarkable treble, he was relegated to the bench in favour of Chivu, being used in the more straightforward matches or shunted around with no real continuity.

In a season that took every last ounce of effort from the entire group he, much like Mario Balotelli, would seemingly crack as their inexperience told at crucial points. Much like the striker’s implosion against Barcelona, Santon fled the stadium in tears after his own horror show against Palermo.

Mourinho may not be the staunchest believer in young players, but his successor Rafael Benitez is even less so, giving him just five starts in his ill-fated tenure while Leonardo had barely settled into his job as coach before Santon was off to Cesena.

Under Massimo Ficcadenti however, the defender would slowly begin to rebuild his reputation. Much like the way Cesare Prandelli showed faith in him after replacing Marcello Lippi as Italy coach, the belief shown in him was reflected in his performances. He won 84.6% of challenges and completed 85.2% of his passing during his spell at the Dino Manuzzi while collecting just one yellow card.

His improvement should bring him back to the forefront of planning both for Inter and Italy, where his versatility will be vital. Nagatomo can also play on either flank, meaning Santon’s role at San Siro could just as easily be on the left, which is where the Azzurri find themselves short.

While Mattai Cassani, Christian Maggio and Ignazio Abate provide Prandelli with an interesting dilemma, on the opposite side there is no clear alternative to Federico Balzaretti.

Maicon will eventually depart, if not now then soon, meaning Davide Santon is vital to the future of both his club and country, perhaps he always has been. The last word goes to someone who certainly thinks so, Marcello Lippi;

“I always thought he was a predestinato and now that I’ve seen him in real life I can confirm that is absolutely the case.”