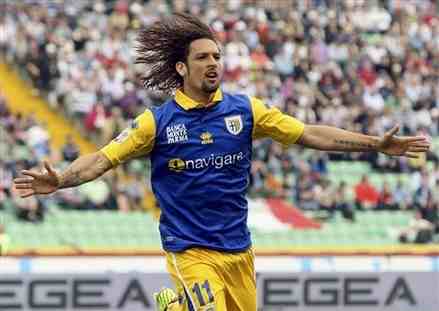 The northern Italian city of Parma is located in the Emilia-Romagna province, famous for its ham & cheese which provide substance to the rest of the country and indeed the world. It’s football club is no different as it too has provided names of genuine substance for European football to feast upon for the past twenty years, a trend that looks set to continue with the current team.

Once considered one of the ‘Seven Sisters’ of Italian football, Parma have always been a different type of club to the other regular members of the Serie A elite. Since they were led into the top flight by Nevio Scala in 1989, the Ducali have always employed a revolving door policy on their playing – and indeed coaching – staff. Unearthing some of the peninsula’s greatest talents and nurturing numerous discarded and fading stars back to full potential, the Stadio Tardini has always been a popular shopping destination for Italy’s grander teams.

A list of former coaches reads like a who’s who of Calcio with Arrigo Sacchi, Carlo Ancelotti, Cesare Prandelli and Claudio Ranieri among the men who have sat upon their bench, while the names of former players is a glossary of world football greats over the past twenty years.

Lillian Thuram, Alberto Gilardino, Juan Veron and Giuseppe Rossi are merely a drop in the huge pool of talent that have moved on to some of Europe’s greatest clubs. Two of the worlds ten most expensive transfers of all time involve Parma as the selling club; Gigi Buffon to Juventus and Hernan Crespo to Lazio.

Franco Colomba may have them playing relatively well but it is former Juve youth director Pietro Leonardi who has done the most remarkable job, building a squad able to compete in Serie A by combining exciting youngsters with assured veterans like Stefano Morrone, Cristian Zaccardo and returning hero Crespo.

This follows from him doing a similarly excellent job at Udinese, as well as being the man who convinced Paolo Di Canio to join Cisco Roma in Italian football’s fourth tier following his release from Lazio in 2006. Perhaps his best work however is in bringing players on the margins of other clubs at very little cost.

Men like Antonio Mirante, a steady presence in goal, came from Juve where he was never likely to displace Buffon. Antonio Candreva from Udinese was a fantastic pick up and has settled instantly into the team, having a great impact on their performances in recent weeks.

Massimo Gobbi is unlikely to win any player of the year awards but is precisely the kind of role-playing individual every team needs in order to function properly. The club continues its tradition of providing a home for some of footballs cast-offs such as Raffaele Palladino, Valeri Bojinov and Alessandro Lucarelli who were all deemed surplus to requirements elsewhere but have begun to restore some sheen to their soiled reputations at Parma.

The reputation of il Crociati as a breeding-ground-come-finishing-school continues today and a look down their current squad list is as enlightening as it is interesting. Sebastian Giovinco and Amauri have been reborn at Parma, the Brazilian strikers turn-around in particular has been incredible. Shorn of the weight of expectation in Turin he looks more like the man Juve signed from Palermo rather than the forlorn figure he had become over the last eighteen months.

Striker Alberto Paloschi was co-owned by Milan and his return to San Siro seemed imminent given the long term injury suffered by another former Parma man – Filippo Inzaghi, who said of the youngster recently; “If I have to be replaced then I would say Paloschi is the best suited to do so” – high praise indeed from the flag loving SuperPippo. Both Paloschi and the highly impressive Luca Antonelli were sent to Genoa to continue their footballing education in the January transfer window.

Last seasons eigth place finish was almost an impossible challenge to repeat and European football looks less likely to return to the Tardini any time soon. Despite being involved in a relegation battle you can still expect to see a number of this squad in the Champions League next season. Parma may no longer be a member of the sisterhood, but with Leonardi guiding them through the transfer market they will continue to provide for those who are.

Read Al Volo every Wednesday on Back Page Football.