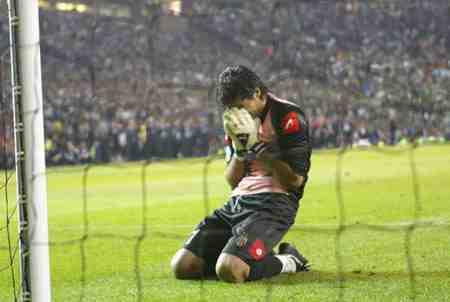 As Italy’s most successful club, Juventus have had more opportunities than most to enter Europe’s most prestigious club competition. Yet 29 league titles have yielded only two European Cup victories, the same as Nottingham Forest and Porto, hardly the most illustrious company. So does the club fail to deliver on the international stage, or is it a matter of perspective?

What does weigh heavily for the Old Lady and her fans is the manner of their two European Cup wins. The 1985 victory is particularly contentious, coming in the midst of the Heysel disaster which left 39 Juventini dead and the game only went ahead to prevent further crowd trouble. No other clubs first European Cup victory can ever be so overshadowed.

Liverpool captain Phil Neal and Juve legend Gaetano Scirea addressed the crowd to appeal for calm before starting the game. After a one-nil victory, courtesy of a Michel Platini penalty, Juventus celebrated the win on the field and in front of their fans. Many players have denied knowledge of exactly what happened, but the events prior to kick-off will forever be rightly remembered ahead of the hollowest of victories.

In 1996 Juventus again reached the final, this time held in Rome’s Olympic Stadium. Fabrizio Ravanelli gave Juve a 12th minute lead, only for Jari Litmanen to equalise for Ajax. The score remained the same through extra-time and the match was eventually won on penalties by the Bianconeri. Former Juve coach Ciro Ferrara and current team manager Gianluca Pessotto were among the successful penalty takers as Captain Gianluca Vialli lifted the trophy.

So just two victories, with both far from having the fairytale ending that fans and players alike dream of when hearing the Champions League anthem. But is it the chronic underachievement it first appears to be?

A closer look reveals Juventus are five-time runners-up, more than any other club. Of those defeats, three were by a single goal, losing 1-0 each time. Another was the 2003 penalty shootout loss to Milan. It would only need for one or two of those results to be in Juve’s favour and the view would be greatly different.

The Turin club are also three-time winners of the UEFA Cup, more than any team and are the only club in the world to have won all continental tournaments (UEFA club competitions) and the World Club Championship. Juventus has received, in recognition of being the first side in Europe to win all three major UEFA club competitions, the UEFA Plaque in 1988.

Overall then their trophy haul puts them third in Europe, behind only Madrid and Milan, which is a much more respectable position considering the domestic dominance of the club. It only takes a brief period of dominance to change the perspective too. Indeed Barcelona had only won the European Cup once before 2005 yet are now regarded as one of Europe’s best and most prestigious clubs.

The famous black and white shirt seems to loom largest at home, but it is still feared across Europe. The clubs fans, players, owners and staff all yearn for success and recognition, two things that go hand in hand with ‘the cup with big ears’.

4 thoughts on “Al Volo: Juventus and the European Cup”