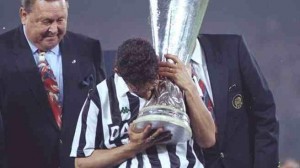 This past week UEFA announced that starting in 2012 the top three teams in the Bundesliga will gain automatic entry into the Group Stage of the Champions League while the fourth place team will be eligible to compete in the playoff stages, potentially advancing into the latter stages of the competition from there. The fifth and sixth place teams in the Bundesliga will then compete in the Europa League.

The Bundesliga’s gain comes at the expense of Serie A as Germany has leapfrogged Italy in the much maligned UEFA coefficient ranking system. In previous seasons Italy has had three teams automatically entered into the competition but starting next year they will only have just two with the third place team entering the playoffs.

In recent seasons the German Bundesliga has become one of European footballs most popular leagues. Its forward thinking ideas, focus on native youth and the overall style of play has seen people begin to watch it more and more. There is no denying it is Europe’s most progressive league in many respects and the success of a young and vibrant national team at the recent World Cup has also helped attract attention.

Yet Serie A, for all the talk of its decline, is probably the healthiest it has been in seven or eight years right now. The effects of the Calciopoli scandal were far more wide ranging and damaging than simply the relegation of Juventus and looking at the teams in European competition since the subsequent punishments took effect highlights this fact. Excluding the usual ‘big four’, Chievo, Lazio and a newly promoted and severely weakened Juventus have represented Serie A in the Champions league over the four seasons directly after 2006.

The problem of the Europa League being influential in allocating Champions League places has played a major role and Livorno, Parma, Empoli and Udinese have taken part in the secondary competition over this same period. Clearly some very poorly equipped teams have been able to gain entry into European competition when the following season would see each of them much more likely to be in a relegation battle than a title fight.

Indeed it is this unbalanced system that has enabled the Bundesliga to overtake Serie A, as their teams have done much better in the secondary competition while so many teams from Italy have dismissed the competition and have been cheaply eliminated. Perhaps seven teams in Europe regularly is something neither league can sustain?

If the Bundesliga were to have had the extra places over that same five year period then teams like Hertha, Hamburg and Leverkusen would have been competing in the Champions League, while Hoffenheim and Bochum would have taken part in the UEFA Cup. 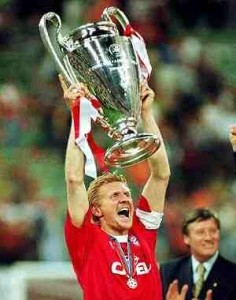 Clearly, while the German league has made huge strides this diluting of quality would have affected it severely. Indeed during the period illustrated only a single team (Bayern Munich in reaching last years final) made it past the Quarter Final stage of the Champions League, while Serie A has had two different winners.

Perhaps it is telling that this season, when finally being caught, Serie A is enjoying one of the closest title races anywhere in Europe but one which looks like ultimately allowing Napoli and perhaps even Lazio into the Champions League. While both squads have done well, they may lose a number of influential players ahead of their entry into the top competition, much as Sampdoria have done since last terms fourth place finish.

It is also easy to cast aspersions on the standard of Italian football in light of the most recent European results as Milan, Inter and Roma have all lost their most recent Champions League ties, yet other than the Nerazzurri’s opponents Bayern, Germany have only Schalke (currently 1-1 with Valencia) still in the competition after Werder Bremen finished bottom of their group, putting both leagues on very much equal same footing.

The Europa League results have also only been marginally better as only Leverkusen remain from the entrants of either country. While these eliminations already make poor reading the new allocation of places would mean that only Roma, Inter and Milan would have been in the top competition whilst Napoli and Juventus would not have been involved at all. Contrast that to Germany where Leverkusen would be a Champions League team and Hamburg would be in the Europa League.

A recent addition of a five point bonus for reaching the last sixteen of the Champions League could also aid Italy’s clubs as this is something they have – albeit with more teams – done consistently better than the Bundesliga clubs. Due to UEFA’s system a country loses points for every loss, and a diluting of the quality in each competition will arguably hurt Germany’s cause whilst a lack of entrants will strengthen the results of Serie A. This is not to say one league is stronger than the other, more a recognition that neither has the depth to support seven clubs in European competition.

One major contributing factor to this seeming instability is the sheer volume of teams winning places in the Champions League. England – who top the rankings table – have sent the same four teams into Europe’s top competition every season since 2003-04 with only Tottenham breaking into that group last season. Even in 2005 when Everton took fourth place Liverpool entered as holders while their cross-city rivals were eliminated in the qualifying stage.

If German clubs maintain their serious approach to the Europa League then they may hold their advantage in the coefficient. However, should the riches on offer for being part of the top four distract them as it has Serie A’s midtable clubs then while the Bundesliga may have the advantage of the extra place, how long remains to be seen.﻿

6 thoughts on “Al Volo: Bundesliga Overtakes Serie A, But For How Long?”