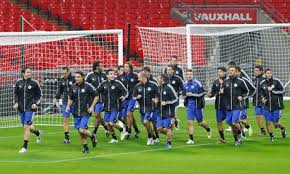 For the first time in 15 years, the San Marino Football Federation has had to go out into the world in search of a new national manager. Giampaolo Mazza has been at the helm since his appointment in 1998 and has taken the tiny nation of 32,000 people, dwarfed by its Italian neighbour, through eight separate qualifying campaigns and achieved a single point in a 1-1 draw against Gary Johnson’s Latvia in 2001. Each of those campaigns earned the micro nation even more derision from fellow European competitiors who didn’t think it was worth their time playing Mazza’s squads.

Putting aside the tiresome and elitist opinion of pundits that think San Marino should be booted out of UEFA (along with anyone else not deemed worthy enough of the talents of England, Germany and Spain), questions do need to be asked of Mazza and the San Marino FA and why they haven’t appeared to want to improve their situation over the past decade and a half? Europe has its fair share of tiny footballing nations, all of whom have made greater strides forward in qualifying. Liechtenstein and the Faroe Islands have populations that couldn’t fill Wembley Stadium and yet both of them have toppled nations and have results which indicate a brighter future.

Since 2006, the Liechtenstein national team have competed in five qualifying campaigns for the World Cup and European Championships and have won five games and drawn eight, this year alone losing just 3-2 and 1-0 to Croatia and Greece respectively. In the past the Faroe Islands have beaten nations such as Iceland, Lithuania, and Estonia while respectable losses against Sweden (2-1), Italy (1-0) and France (1-0). No one, including themselves, would point to these instances and suggest that they will be heading to France, Russia or Qatar anytime soon, but at least they have victories with which to inspire their young footballers.

The key to achieving success when so little is expected is to at least be constantly striving to improve standards. Since 2000 the Faroe Islands have been managed by three different former Danish international managers in the form of Allan Simonsen, Henrik Larsen and now Lars Olsen, while Liechtenstein have been managed by Ralf Loose (who played 120 times for Borussia Dortmund), Walter Hormann (a former Austrian international) and Martin Andermatt (a Swiss international). Although you have to respect Giampaolo Mazza for the dedication he has given to the San Marino national side, is his experience playing in Serie C and as a PE teacher bringing enough to his role?

When he spoke about stepping down from his role, Mazza said how proud he was that he hadn’t used any naturalised players. It is right that San Marino, or any nation, don’t naturalise people with the pragmatic view that they may improve the national team, but that shouldn’t mean that the national FA doesn’t bring in outside help for management and development training. American Samoa, which was once even more fabled for their haplessness when it came to international football, brought in help from the US Soccer Federation in the form of manager Thomas Rongen and won their first ever competitive match. Their win over Samoa surely inspired young footballers in the country more than seeing an American Samoan in charge of a losing squad. Even much larger nations do it, with Guus Hiddink being regularly hired by countries like South Korea, Australia, Russia and Turkey to give their national side a boost and momentum to improve.

San Marino is located in the centre of the world’s richest and most diverse footballing hub: Europe. They are also looked after by the world’s most powerful football federation: UEFA. If Michel Platini is really interested in improving all of European football, rather than just kicking out the struggling nations as he had intimated in the past, then resources can obviously be found so that coaching in San Marino can be improved. Rather than cut them loose, why not build up a better competitor?

2 thoughts on “After manager departure, San Marino can appoint someone willing to compete”