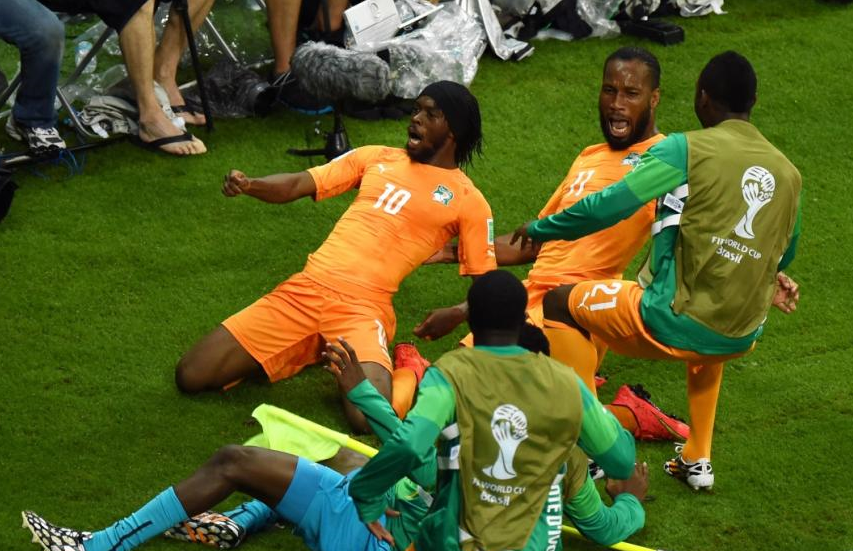 In February this year, Felix Anyasi Agwu, chairman of Nigerian club Enyimba, complained about the treatment of his team in a CAF Champions League second-leg qualifying encounter at Anges de Notse of Togo. Agwu claimed that players and club officials were attacked by their opponents’ fans, training sessions were disrupted and water was thrown at them as they left the pitch at half time in their 4-3 win.

Two years ago in Senegal in an African Cup of Nations qualifier against the Ivory Coast, a Didier Drogba goal so enraged the hosts’ fans that rioting broke out, and visiting spectators were attacked, projectiles were thrown at match officials and objects were set alight in the stands. The year before that, Tunisian team Club African were fined $10,000 by CAF because of the violence inflicted by their fans during a Champions League tie with Egypt’s Zamalek. The World Cup qualifier in 2009 between Algeria and Egypt ended in riots throughout Cairo when the Pharaohs had to concede the final African place at the competition in South Africa to their rivals, and the Algerian embassy was targeted by a thousand fans that burnt Algerian flags outside and overturned a police van protecting the building.

None of these stories are meant to demonise African football, but rather to illustrate that the continent, like every other, has a football rivalry between nations that is regularly tested through competitive encounters. The African Nations Cup is older than the European Championships, and like the Euros, is a highly coveted piece of silverware that all competitors are desperate to win (clearly demonstrated by the scenes in the final of the 2012 edition in which Zambia defeated the Ivory Coast). Likewise, the CAF Champions League and its European counterpart share a long and illustrious history and are approaching their 50th and 60th birthday respectively.

Yet the European, Asian, North and South American nations at the World Cup have avoided a cliché that commentators love to throw out there whenever an African nation competes: that the African national teams at the World Cup are always playing for the whole of Africa. Like the current World Cup, the edition in 2010, which was hosted by South Africa, was full of irritating and dull television commentary in which African competitors were regularly patted on the head and any goal was declared “a goal for all of Africa!” – despite the fact that Algeria, Cameroon, Ivory Coast, Ghana, Nigeria and South Africa were determined to claim victory for themselves.

Playing for your continent isn’t something that football associates anywhere else in the world other than Africa. Was Japan’s goal against the Ivory Coast for China, South Korea and India? Did Daniel Sturridge score for all of Malta? Is Brazil going to win the World Cup for Peru and Bolivia? It’s a cliché that is essentially harmless, and the BBC and ITV commentators are hardly the most influential or most loved people in football, but it does suggest that football doesn’t take African competitors seriously despite the accomplishments Ghana at recent World Cups in which they have reached the first round and the quarter finals (for 2014 the Ghanaian government have provided their Brazilian campaign with $20 million). Already the “African contingent” has demonstrated vastly different styles of play and enjoyed varying degrees of success, yet the BBC have already attempted to group their efforts together (quite a challenge when you contrast the performances of the Ivory Coast and Algeria with Cameroon and Nigeria).

Part of the problem lies with the inability of many African national associations to act with any kind of professionalism or have belief in the managerial talents of their countrymen. Only Ghana and Nigeria have hired managers born in their own country, yet most have continued the tradition of World Cup competitors settling for high-profile, expensive European managers for the duration of their stay at the tournament – the most egregious being Sven-Goran Eriksson’s appointment as Ivory Coast manager for just short of three months. Foreign managers aren’t immune to the chaos. The Cameroonian manager, German Volker Finke, has been given four assistants by the Cameroon Football Federations in order to make him conscious of the country’s sporting values, has been trying to keep his job despite the protestations of Roger Milla and almost didn’t get a team to Brazil due to the annual dispute of player bonuses. Although once again, this wouldn’t apply to Algeria and their preparations, and a strong display against Belgium was a testament to this.

The root of the issue stems from the outdated colonial view of Africa as one nation, solidified in the minds of many from charity appeals as a doomed dust bowl full of disease and hunger, rather than a vibrant emerging continent which contains innumerable cultures, languages, tastes, hates and sporting pedigree. It is unfair to judge 99.9% of people on the stupidity of one particular person, but George Bush provided us with a glimpse of what some people think of Africa in his speech in Sweden in 2001 when he said:

“We spent a lot of time talking about Africa, as we should. Africa is a nation that suffers from incredible disease”.

Ignorant yet harmless, Bush’s view of Africa probably isn’t massively removed from the view held by many football fans and pundits when they watch Algeria, Cameroon, Ghana, Nigeria and the Ivory Coast in Brazil this summer. Who knows what they’ll need to achieve in order for people to break them all apart in their minds, but hopefully they’ll leave Brazil in July more respected for their individual talents, unique attributes and memorable moments.