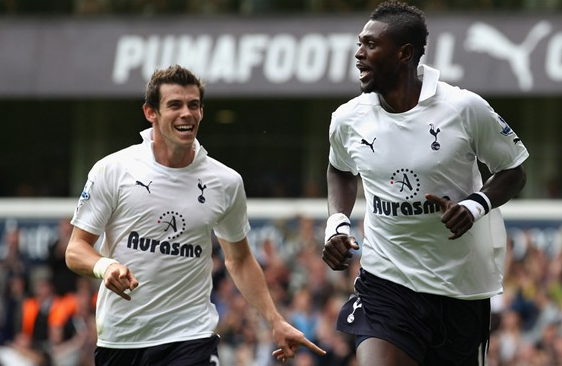 It was the great visionary Martin Luther King who once said: “Our very survival depends on our ability to stay awake, to adjust to new ideas, to remain vigilant and face the challenge of change.”

Football has developed too, be it the evolution to the passing and arithmetic styles of Spain and Barcelona; or be it the adaptation of the traditional English “big man up top”, to the more technical friendly player that each top side yearns for today.

The greats of old, the likes of the Dion Dublins, the Duncan Fergusons and the Kevin Campbells of the game are being discarded. Clubs are now searching for a new breed of centre forward. Looking to replicate the success that Didier Drogba has bought to Chelsea. So rare in the past has a striker so complete be seen on these shores. Drogba, much like the names mentioned above, has caused defences sleepless nights, with his physical strength and power, and his ability to challenge for the ball both in the air and on the deck. But unlike the names above, Drogba has the technical ability to pick out a pinpoint pass, or place a free kick directly in the sweet spot, that un-saveable area in the corner of the goal.

Manchester City, in their quest for glory, like every other area on the pitch, identified this as a spot to be filled. After an impressive period at Bundesliga side VFL Wolfsburg, it was 6ft 4” forward Edin Dzeko that Manchester City identified as their man. Crowned as top goal scorer for Wolfsburg in the 2009/10 season, Dzeko, nicknamed “the Bosnian Diamond” in his home country, was never going to come cheap. With a final transfer fee of £27 million, expectations have been high for the Bosnian and whilst it would be harsh to label him as a flop, he is yet to fully justify his hefty transfer fee. Dzeko’s record of twelve league goals in thirty-one matches is nothing to be scoffed at and would be desired by many a Premier League striker (just ask Fernando Torres), but it has been felt that he has failed to always turn on the form for the big matches and he has found himself on the bench for recent games against Chelsea and Arsenal in the league.

It is another Manchester City centre forward that has impressed most this season, Emmanuel Adebayor. The outcast of Manchester City has found his feet again in North London. Few journalists and pundits tipped Spurs for title challengers. Those that did were greeted by the usual roll of the eyes by the majority, so many times when Spurs had looked to push on previously they had fallen away, why would this be any different?

After they lost their first two matches of the season to the Manchester clubs racking up an embarrassing aggregate scoreline of eight goals conceded one scored, the majority felt they were justified in their assumptions. A quick glance at the league table now and a double take is required. Win their next match and Spurs will go joint second with Manchester United, just three points off the top of the league.

Controversy has surrounded Adebayor the past few years which has led to his reputation being tarnished. It is no surprise that his impressive performances this season have not been widely reported as fellow team mates Gareth Bale or Luca Modric have lavished in the praise. Since arriving at White Hart Lane on 25th August 2011, Adebayor has inspired a resurgent Tottenham side who have lost just once in their last seventeen league fixtures. During this time he is the team’s highest goals scorer with nine goals, he has provided six assists and missed only five minutes of league football. Adebayor has become a crucial player for Spurs who can now claim themselves to be real title contenders.

Just looking at his stats and on the field performances it is difficult to comprehend as to why Manchester City would loan Adebayor out to a title rival. It would be fair to say that Adebayor hasn’t always had the best relationships with the clubs he has been at, he left Arsenal with the fans not particularly sad to see him go, and has been accused of only playing for the money. One thing is clear though, on form, and in the right frame of mind, Adebayor can be a spectacular player for any team. This is what Harry Redknapp has got right, at Manchester City, and during his final season at Arsenal, Adebayor didn’t feel loved, speaking to The Times recently he said;

When you have the feeling that the team wants you out or the manager wants you out, things feel different……Where you’re supposed to run, you don’t run any more. Where you’re supposed to chase back, you don’t chase back any more. Everything you are doing is the opposite to what people like….And why? That’s not being lazy. That’s being frustrated in your head. And when you have 60,000 people at your own home booing you, like I had at Arsenal, trust me you don’t want to run for anybody.

What I’m trying to say is that when you don’t feel confidence, it’s hard. Sometimes I would wake up in the morning, I’m going to Manchester City, I drive, I’m on time, I reach there, I see the building and … Oh my God. Frustration comes again. I have huge respect for the fans there and normally I’m a happy guy, but when you’re not happy and you don’t feel confidence and support, it’s difficult to deal with. But you know? Football is strange. I was at Manchester City and I wasn’t playing, not even getting in the squad of 18 players, then I find myself at Real Madrid, one of the greatest clubs in the world, scoring in the Champions League, winning the Copa del Rey. Can you imagine? I have a wonderful six months there, then I go back to Manchester City and find myself training not with the reserves but with the under-15s. No, really. My first two weeks back for pre-season were with the under-15s at Manchester City.

Adebayor is not the first player that Mancini has fallen out with at Manchester City. Craig Bellamy and Carlos Tevez had felt the Italian’s wrath, both these players have history of disputes with managers however it is the ongoing dispute with softly spoken Wayne Bridge that is most surprising. Speaking out for the first time in December, Bridge said,

It is clear that Mancini has his favourites and that if the players are not on board with him then they will be shipped out or isolated in training. This is all well and good when results are going well, but 3-0 down at half time against Machester United, and with injuries to Edin Dzeko and Mario Balotelli, Mancini found himself without a recognised first team forward on the bench.

Managers learn to deal with difficult players, Ferguson kept Roy Keane on side for as long as he was needed at Manchester United, Neil Warnock did the same with Adel Taarabt last season to get QPR promoted into the Championship.

The target man position has developed such in the past decade or so that a good player for this position is tough to find, a great player is even harder. Dzeko can still fulfil the promise that earned him the nickname of “The Bosnian Diamond”, but with his poor man management of Adebayor, Mancini has lost a player on top of his game right now.

All stats via whoscored.com.

6 thoughts on “Adebayor: The player Manchester City would like Dzeko to be”