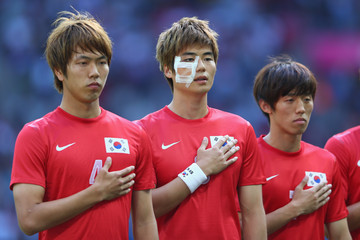 What a season of football it has been for Wales.

Swansea City, the first Welsh team in the Premier League, have not only retained their top flight status, but will also be plying their trade in Europe after romping to victory in the Capital One Cup. They can also look forward to the return of the South Wales derby, as close rivals Cardiff City secured the Championship title with relative ease to confirm their promotion.

Gareth Bale of Spurs topped off a truly fantastic personal season with a hattrick of awards (FWA, PFA and PFA Young Player of the Season), Newport County edged out Wrexham in the all-Welsh tongue-twister Blue Square Bet Premier Play-off Final to complete a return to the Football League after a 25 year absence. And the national team, well, the least said the better. They have managed to reach 49th in the latest release of FIFA’s seemingly blindly picked World Rankings, however.

With fans of both Swansea and Cardiff licking their lips at the exciting prospect of a first derby in the top flight, where they may disagree on the outcome itself, they agree it could hinge on two not dissimilar players.

Ki Sung-Yueng (Ki) and Kim Bo-Kyung (Kim) have drawn praise from their respective managers, fans and pundits across the nation after stellar first seasons in South Wales.

Just six months separates the two in age, and their similar styles of play are hard to miss.

Ki was signed by the Swans for £6m in August 2012 following the departure of Joe Allen to Liverpool. Ki’s price smashed Swansea’s previous transfer record, but his performances for Celtic and South Korea during London 2012 had convinced Michael Laudrup it would be well spent. Ki joined Swansea following his best season in 11/12, where seven goals and six assists from midfield helped Celtic to the SPL title.

This season, after initially struggling with the jump in pace and physicality, Ki has found his feet to become an important cog in a Swansea team where the progress is visible. He currently reigns top of the Premier League’s passing form, with a staggering 92.54% accuracy off 1554 passes. What makes the stat even more impressive is that it’s not based on like-for-like minutes, so Ki (1947) is besting even those with a much smaller minutes ratio, for example Paul Scholes (682). Of those completed passes, 21.94% were played forwards, with 29.28% played left and 32.3% played right. Ki’s ability to spread play and find the killer ball is his greatest trait. He may have yet to score for the Swans, but his creative skills are key to pushing the club to the next level.

Head over to the once-blue-but-now-red side of Port Talbot and you come across a similar story. This time, meet Kim Bo-Kyung. Kim joined the Bluebirds from Japanese side Cerezo Osaka in July 2012 for a modest fee of £2.5m, and brought with him a rapidly increasing reputation. Like Ki, he represented South Korea at the London Olympics and received a place in Garth Crooks’ Team of the Tournament. Not the most prestigious title to be given, but he was chosen alongside the likes of Samba stars Neymar, Oscar, Thiago Silva and promising young Lion Jack Butland.

Following a decent season in the J League, Cardiff manager Malky Mackay took a punt in the hope that the young attacking midfielder could take some of the reliance and strain off Peter Whittingham. Making 20 starts and eight substitute appearances, Kim has shown plenty of promise in a season to remember for Cardiff. Unlike Ki Sung-Yueng, Kim has hit the net twice in the league, against Blackpool and Blackburn. While statistical analysis is hard to come by, fans of Kim Bo-Kyung praise his needle-threading skills (with a ball) and possession retention. Critics point to his occasional lapses in concentration, and the two views could not be clearer in context than in last weekend’s match against Hull. After hitting a perfectly-weighted ball for Fraizer Campbell’s first goal, Kim’s sloppy misplaced pass led to Hull’s equaliser.

Every player is guilty of a few mishaps though, and for Kim to step up to the tests of the highly competitive Championship from the undoubtedly inferior J-League is a testament to the young man’s talents. Can he cut the mustard in the Premiership alongside his compatriot for the Swans? Several local journalists believe leaving the rough and tumble nature of the Championship behind will see Kim flourish. Only time will tell. But don’t be surprised if the outcome of the South Wales derby hinges on two South Koreans pulling the strings from the middle of the park.