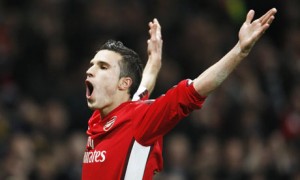 It’s been an amazing season, one hell of a ride and an epic season for you when it comes to scoring goals and being THE MAN for your club. Yes, I said YOUR club. It’s been eight years since you joined Arsenal, but I guess not winning any trophies for seven years does get to you. I’ve been supporting the club for five years. In that time I’ve seen players make a solid place for themselves in the team, and then leave. I don’t know who to blame.

Reading your statement, and I’m not here to judge, what you want is to win trophies and bring the club back to its glory days. I think that’s what everyone wants. You, the fans, the club itself I suppose? But how do you plan on doing that by leaving the club? I know your departure with us isn’t set in stone YET. And I refuse to believe it’s a sure thing, unless it’s official or I’m past the denial stage.

In my five years of fan-and-club relationship with Arsenal I’ve witnessed a strong start to a season falling apart in the end most of the times. I’ve seen titles slip away from us each year with every defeat. I’ve blamed Wenger, the team and sometimes we the fans for not being supportive enough. Obviously, I don’t refer everyone when I say ‘fans’ but people who choose to turn their backs on the team and leave the stadium before the final whistle. Sure, their pain of not being able to withstand seeing their team lose is somewhat understandable, but I’m sorry, I have the right to an opinion too and I think if you call yourself a loyal fan, you stay by the club through thick and thin. No matter what.

The same goes for players. They say they want trophies, glory, help ‘their’ club win. I’m sure they do. Unless when we don’t, they choose the ‘out’ door. I’ve seen Flamini and Hleb leave. I’ve seen Nasri and Fabregas depart for the very same reason. Win trophies. Although there might be some other reasons why they left that I’m unaware of, in which case, who am I to judge? But since I’ve the right to an opinion here’s what I have to say.

Whenever we were in the quarter-finals, semi-finals, even finals, or on top of the league, we lost. Why? Sometimes it was Wenger, who would put a player on the field highly inappropriate for that time. Again, there might be some club policies, some player promises and ‘Wenger knows best’ idea here, but c’mon guys I am sure there has been a time when you haven’t really agreed with the man although it is “In Arsene, We trust.” Then there are players. It’s a team of eleven players for God’s sake. If one of you doesn’t perform the entire team gets affected. And when the entire team falls under the pressure and fails? Well, let’s not get into that. Then there’s the team Captain, which lately has been you RvP and I must say, you have been the leader, the inspiration, and the man who steps up whenever need be. I have huge respect for you. And the worst season start in years wouldn’t have been such a turn around without you. Eternal Gratitude.

But you see here’s what happens. A particular player becomes a desperate need in a team when, a) he is the best player in the club b) he is a natural leader, has the ability to carry team forward, step up and turn the game around in favour of his club c) he gives his best in the position he’s playing in which in turn helps the team move forward and d) when no.1 for a particular position is injured/unavailable and we’re left with no.2. (Okay the last one’s a joke. Should I really be stating that?) Coming to the point, if such players choose to leave, (excluding argument [d]) after making the team being decided around them, play around them and be tactically placed around them, in short be less than a team without them, what are we (the fans) to do when THAT player chooses to leave? You, the players talk of glory, winning trophies but hello? Each year we see an important player leave the club because his patience to fulfil his hunger for ‘glory’ has run out.

Yes, it might be different, frustrating to stay at a club for so long and not win anything but if each season we have to fill the void players like you leave, and spend the next season building a team around a new player, then how in the world do you expect us to win ANYTHING? Is it our fault that we depend on, put so much trust in a particular player, thinking that he’d be patient and loyal enough to not give up until the thirst for trophies has been quenched? I am beginning to think, yes it is. Seeing Fabregas and Nasri leave last year, I think its best that the club keeps his terms with a player professional, always keeps a back-up as good as the first and the main lesson learnt is, to my dismay, money is everything and a club should buy the best player of a club rather than spend time building and making a player reach his best only to see him leave. You might have clash of interests, financial disagreements (but since you stated the reason isn’t a financial one, I won’t bother getting into that), and other arguments that a normal fan like me is unaware of, but when each year we get so close to winning something but lose, isn’t it worth it that you wait another season, be with us and have enough faith to make us a go all the way next season? Obviously the ‘next season’ motivation runs out with each season’s disappointing end, especially when you’re playing for the club for more than five years, but for all the faith and the trust we put in players like you, the effort and the time the club puts in making you the player that you are today we deserve at least one inspiration in the team. We deserve THE ultimate history maker like Steven Gerrard. Yes, being a Gunner I DO have undying respect for Steven Gerrard for the player, the leader and the inspiration he has always been. So Robin Van Persie, I don’t want to compare but I was/am really counting on you to be that man for us. Even better and I’m not kidding.

I do not know what is it that made you decide not to extend your contract, but I really want you to stay. I am not sure if this letter will ever reach to you, but I’m kind of hoping on it just like I’m hoping on you to stay with Arsenal. The 2011/12 season has been a crazy rollercoaster ride and even though we didn’t win anything, I can look back and say I am going to remember this as the season in which we achieved the impossible. Coming from the bottom of the table to third place in the league, is a huge achievement. I believe you when you say you’ve thought a lot about it, and decided not to extend your stay.

I respect your decision, but I cannot deny that it breaks my heart. Neither can I deny that along those lines there’s anger, frustration and the feeling of being betrayed. I can only say, we all want to win trophies. We all want the glory days back. If this isn’t the main agenda in Mr. Wenger’s mind, if this really is the actual reason of possible parting ways of you and Arsenal in the near future, then I beg Mr. Wenger to rethink, because this is what we the fans want. All in all, I want to thank you for an unbelievably extraordinary season IF it is that you leave (You shouldn’t leave). I want you to stay, and I can say for sure the entire Gooner Family wants you to stay. I hope to God you don’t end your run with Arsenal like Fabregas and Nasri did, and I also hope that unlike in those situations, if it is in Arsene Wenger’s hands, he does everything he can to make you stay, for then it will not only be a heart breaker from your side but it will be a huge disappointment to witness yet another club’s failure to keep its best players at Arsenal.

Counting on continuing to see you as a Gooner,

A Gooner who’s possibly in denial and believes you’ll stay.

11 thoughts on “A letter for Captain Vantastic”