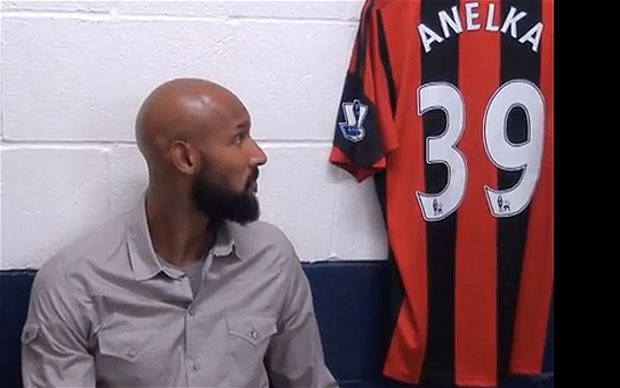 The reaction said it all.

Nicolas Anelka had stormed out of West Brom’s training session unannounced, cleared out his locker, and sped off in his Range Rover.

Just 49 days after signing for the Baggies, the 34-year-old, seemingly, had enough and despite the Frenchman’s marked maturity in recent years, the football world were not all that surprised.

Yet, even when the dust settled and it was confirmed that Anelka was granted compassionate leave by the club after the death of his agent, there was still speculation surrounding the episode.

After all, it was thought that Anelka’s controversial brother, Claude – who was the main reason behind his brother’s ill-fated, but lucrative, move to Real Madrid in 2000 – was still Anelka’s agent.

In actual fact, Anelka’s brother ceased to be his agent in 2002 and, since then, it was the late Eric Manasse who handled Anelka’s affairs.

It epitomised the fact that despite having played for some of the world’s most high-profile clubs and despite having been in the game for 15 years at 11 different teams, mystery still surrounds the mysterious figure of Nicolas Anelka.

Despite saying very little, Anelka’s career has been blighted by cynicism while he has been at major clubs.

At Arsenal, the Anelkas were said to have been everything that was wrong with football according to Arsenal’s former vice-chairman, David Dein; yet, Arsenal made a £22.5 million profit on a player they poached from PSG as a 17-year-old.

At Real Madrid, Anelka was said to have failed miserably; yet, while the Frenchman was suspended for 45-days by the club for his refusal to train, he still went on to score pivotal goals in both legs of Madrid’s 3-2 semi-final victory against Bayern Munich.

At Chelsea, Anelka claimed he was not ready when Avram Grant elected to bring him on before the end of extra-time and his eventual, crucial penalty shootout miss;  yet he displayed incredible selflessness on the right-wing to complement Didier Drogba.

Even in Anelka’ supposed low points, a defence can be made.

After telling Raymond Domenech to “go f*** yourself, you dirty son of a whore” when Domenech criticised the forward’s performance at half-time of the 2-0 defeat to Mexico at the 2010 World Cup, Anelka was sent home.

It led to the infamous Knysna mutiny by the rest of the French squad, with Domenech even forced to read out a statement from the squad outlining why they refused to train in protest.

Anelka received an 18-match ban from the French Football Federation as a result, but declared he was “dying with laughter” at the outcome.

While Anelka’s conduct was unforgivable, the mutiny that was eventually pinned on Anelka had nothing, directly, to do with him.

Then, for, supposedly, being a mercenary in turning down a third spell at PSG in favour of what seemed even greater riches of Shanghai Shenhua in 2012, Anelka was lambasted – despite the fact that the noble Drogba was soon to join him.

Of course, in hindsight, the fact that Anelka received only a small fraction of his €12 million annual salary has come to light.

Anelka’s eventual move to West Brom, following the interlude of a three-match spell with Juventus, seemed a return to what was good about Anelka.

After all, the forward seemed like he had a point to prove and it is far from a coincidence that the Frenchman has particularly thrived when this has been the case at clubs such as Bolton Wanderers, Manchester City, and Fenerbahçe.

Despite looking typically nonplussed at his unveiling, the signs were there that life at the Hawthorns would follow this pattern for the 34-year old.

As a central striker on a performance-related contact, he netted seven goals in as many games in an impressive pre-season.

For all the talk of his unprofessionalism, Anelka has clearly looked after himself and looked to have possessed the hunger to fire West Brom into contention for European places.

Sadly, though, it seems that the death of his agent, Eric Manasse, will be the final interaction Anelka has with the world of football.

Yet, it seems a fitting end: Anelka has displayed the heart and emotion that, for so long, few thought he possessed.

One thought on “A fitting end: Anelka’s potential retirement”