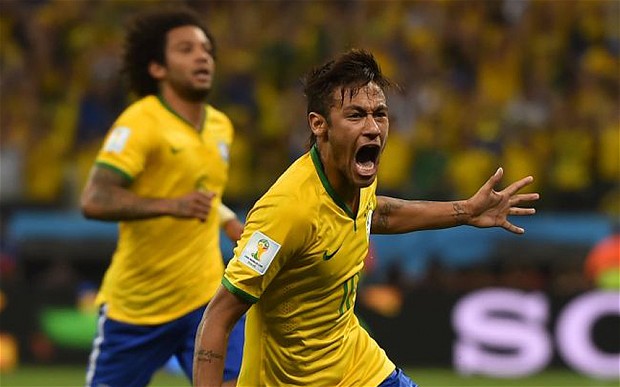 The first night of World Cup 2014 delivered a surprisingly entertaining fixture between the hosts and a well organised Croatia team that contributed much to a better than average tournament opener.

Brazil got the win the tournament organisers and millions of their fanatical supporters craved but it was far from convincing and much improvement is needed if World Cup glory is to be attained.

For their part, Croatia were impressive in patches and have very right to feel aggrieved at the award of a dreadful penalty decision that handed Brazil the opportunity turn a draw into an eventual victory.

Here are five things learned from Brazil and Croatia’s Group A encounter.

There is no good time to concede an own goal or any kind of goal for that matter but Marcelo’s deflected opener actually helped galvanise a previously nervous looking Brazil.

1-0 down in front of a packed stadium and with the entire world looking on left the hosts with little option but to knuckle down and start creating chances.

That they did with Neymar and Oscar’s growing influence in the final third and Paulinho and Hulk’s willingness to work hard off the ball ensuring Brazil went in tied one apiece at the break.

Despite coming from behind to eventually eke out a far from convincing win, Brazil’s poor start should act as a serious wake up call to manager Scolari and the Selecao squad.

Better quality opposition will not be as accommodating as Croatia were in the latter stages of the competition underlining the necessity for a marked improvement against Cameroon and Mexico in the coming weeks.

The mercurial Brazilian playmaker could and probably should have been sent off for his elbow straight across Luka Modric’s neck prior to netting a long-range equaliser.

The referee issued a yellow card much to the relief of the home supporters packed into the São Paolo stadium and their talisman responded in the best possible fashion shortly after.

Apart from his leveller, Neymar Jr. displayed an impressive work-rate and willingness to drop deep to help out his back four whenever Croatia broke from deep in their half.

His coolly converted penalty underlined a mature performance from a young player carrying the hopes of an entire nation on his back.

On this occasion at least, the Brazilian number ten made a mockery of the ‘one-trick pony’ tag associated to him by some of the press media and keyboard warriors in the build-up to the tournament.

If Neymar can reproduce similar moments of individual magic in opponents territory and diligent tracking back whenever possession is lost then Brazil’s chances of garnering success on home soil will be greatly improved.

3. It was never a penalty

Fred should be ashamed of himself. I can’t put it any clearer than that but the Brazilian striker’s blatant dive to win his side a penalty should be the subject of retrospective action.

Of course FIFA are too busy organising intergalactic tournaments against Mars and a handy looking Neptune side in the coming months so Fred can probably sleep easy tonight.

On a more serious note, seeing the host nation awarded soft penalty kicks for nothing short of a theatrical dives is cause for concern heading into the business end of the tournament.

Conspiracy theorists will have a field day should referee’s continue to be perceived as favouring Brazil. Unfortunately, Thursday night’s opener did little to dissuade such theories.

Most disappointingly of all, Fred’s dive will merely encourage other strikers to attempt similar antics in upcoming games.

4. Croatia’s chances of progressing are good

As expected, Croatia were confident in possession, effective on the break and willing to commit numbers forward whenever the opportunity arose throughout their daunting assignment against the host nation.

A similar 4-2-3-1 formation to that of Brazil’s helped Croatia utilise the creativity of attacking wingers Perisic and Olic with Modric and Rakitic offering a useful foil in the centre of the park.

Croatia’s defence coped admirably with Brazil’s attacking threat, giving up few clearcut chances until late in the fixture and utterly blameless for the penalty award that spring-boarded Brazil to a much needed win.

With a bit more conviction the European side could have troubled a nervy looking Brazilian defence but overall Croatia will fancy their chances of grabbing the runner-up spot in Group A.

Yet what the Brazilian spectacle lacked in Hollywood razzmatazz it made up for with a colourful and vibrant celebration of the South American country’s culture.

Having said that, the sight of Jennifer Lopez jiggling in raunchy fashion helped alleviate the annoying pause between singer and her actual vocals reaching worldwide TV sets.

J-lo’s shimmering presence also ensured the annoying sight of an ageing Pitbull hopping around the place in a pair of ridiculous three-quarter length pants didn’t ruin an otherwise forgettable opening ceremony for the watching millions.