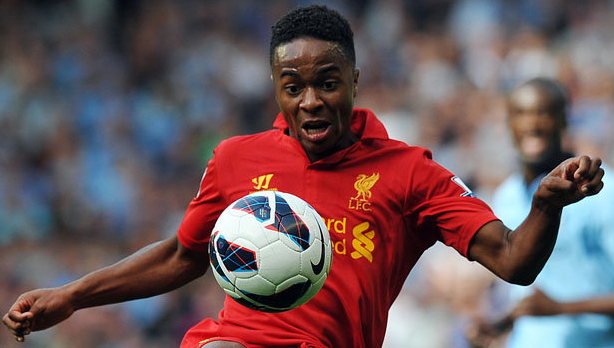 The Premier League has got to its best and most exciting start of all time. Only one point separates the top three teams, Chelsea, Manchester City and Manchester United, while Tottenham Hotspur sits just four points behind.

The main reason for the Blues’ rise to the top after finishing sixth last term is the young players Roberto Di Matteo brought in during the summer.

Young up-and-coming stars Eden Hazard and Oscar have been nothing less than sensational as the ironically nicknamed Pensioners steam-rolled everything before them before their controversial defeat to Manchester United.

The one constant in football is its reliance on youth.

Football clubs are built upon the evolution and development of talented kids who go on to become integral parts of the team. In some rare cases these kids can even go on to become important players in terms of the club’s history—and can even change the game as a whole.

Think of the young players who fans have seen break through.

Who would have thought that Paul Scholes would go on to play over 700 games for Manchester United after he made his debut in 1994?

Who would have predicted that Gareth Bale, who made his debut as a 16-year-old in April 2006 for Southampton, would go on to be the hottest prospect in world football?

Here we look at 20 young up-and-coming Premier League players who are destined to play a bigger part for their teams in 2013—and maybe even beyond.

As the old saying goes; There can be only one—and that is most definitely the case at Arsenal with Jack Wilshere.

We all know that Wilshere, as a player, has huge potential. But in terms of development he is still but a babe.

As a professional he has only made 52 Premier League appearances across his loan spell with Bolton and his one true season, before injury struck, with Arsenal.

Wilshere, a great passer and midfield general of old, will play a bit part for Arsene Wenger toward the end of 2012.

Once fitness returns he will become a far more important member of the team—and that will be in 2013.

Make no mistake about it: Paul Lambert signed an absolute gem when he captured Christian Benteke for just £6 million.

The Belgian international has the potential to have a huge future in the game, and the manner of his early performances for Aston Villa suggest the Villains may not have him for long.

He has shone in a struggling side, scoring two goals in six games, and plays with great maturity for one so young.

Oscar and Eden Hazard are the obvious choices for young, up-and-coming star players at Chelsea.

However, the first team with an average age of 27.1 is destined to be shaken up over the next year and the one reserve team player who looks set for promotion is Lucas Piazon.

Piazon, usually compared with Kaka, is highly versatile and comfortable in any position in the final third of a conventional 4-2-3-1 formation. Currently this is the formation of choice for Roberto Di Matteo.

He is already in Chelsea’s Champions League squad and as 2013 beckons, so does further involvement in the Blues’ team.

Aspostolos Vellios is a key member and goal-scoring regular of Everton’s reserve setup.

The Greek U-21 international, snapped up for just £250,000 in January 2011, is big, powerful and direct and is currently the reserves’ Player of the Year.

This term, the Greek youngster has seen his chances lessened by new tactics, the signing of Kevin Mirallas and the evolution of Marouane Fellaini.

However, as the season progresses he is sure to play a bigger part in Moyes’ thoughts and plans.

It says much about Fulham under Martin Jol that Pajtim Kasami, at 20, is by far the youngest player in the oldest squad in the Premier League.

The Swiss U-21 international signed for the Cottagers in 2011 and really does have limitless potential.

The left-footed attacking midfielder is an imposing figure, standing at 6’2″, and has played nine games across all competitions for Fulham this season (EPL U-21, Europa League, Premier League).

He is a good passer of the ball and is highly creative, and if he can combine his creativity and physicality, Martin Jol will have a potent weapon at his disposal.

However, Kasami is a notoriously hard player to train and his current stint with Fulham is the longest he has had since 2006-2009 when he played for Grasshopper Zurich.

During his short career as a professional he can name Lazio, Palermo, Grasshopper, Liverpool, Winterthur and Bellinzona as clubs he has played for.

Raheem Sterling is one of the hottest prospects in the Premier League at the moment.

The highly raw and talented winger has pace to burn and the skill to match and has easily been the one bright spot in Liverpool’s stuttering season.

The right-footed winger is usually deployed on the left side of Brendan Rodgers’ 4-3-3, but is equally adept on the right.

His greatest strength is his direct style of play, and as the season progresses so too will his positional sense and technical ability.

In Rodgers’ short time at Anfield, Sterling has already become an important part of the setup.

As the horrendous run of fixtures the Reds have in 2012 come to an end and move toward an easier run in 2013, we will see the influence of Sterling rise.

That’s a truly frightening thought for most of the Premier League’s full-backs.

John Guidetti is almost the forgotten man of Manchester City.

The Swedish 20-year-old is one of the best prospects at the Etihad and enjoyed a highly successful season on loan with Feyenoord last term.

However, it was his all-action, no-nonsense and mature style of play that won the hearts of Dutch fans rather than his goals.

Unfortunately, Guidetti then contracted a virus that kept him out of Feyenoord’s league run-in but they still managed to qualify for the Champions League.

He has yet to make his mark for City this season as he is still recovering. However, that did not put City off and they gave him a new and improved contact until 2015.

If Guidetti can recover to his full capabilities, he could turn out to be the player who ousts Mario Balotelli from the City squad.

Nick Powell is the second coming of Paul Scholes, or so Sir Alex Ferguson hopes.

Capped at every underage level for England, the 18-year-old Powell has already played 56 professional league games—more than Jack Wilshere.

Like Scholes when he was younger, Powell is a midfielder who does his best work coming onto the ball and he has also developed an incredible knack for being in the right place at the right time as far as goals are concerned.

This year will see Powell integrated into the atmosphere and accepted standards of being a Manchester United player. Sir Alex Ferguson will use him sparingly in cup games and as a substitute in games that are already won.

However, as the season and Powell progress, Ferguson will eventually thrust him into battle to test him and to see how he copes.

In the end, it would seem that Powell is destined to succeed just like the man he will succeed—Paul Scholes.

Capped at every level by Italy, Davide Santon has a very bright future in the game.

The left-back, in his short time at the club, has become a key player in the Newcastle first team under Alan Pardew.

At 21, Santon shows great maturity and for what he lacks in pace he makes up in his positional play that is typically Italian.

He is solid defensively, has good pace and always manages to find space to offer good options for his fellow defenders and goalkeeper in both defence and attack.

If Santon can keep up the high level of performances he has shown since signing for Newcastle in 2011, bigger clubs will most definitely come calling. 2013 looks to be a very important year for him.

As it now stands, Norwich City are certain to be involved in this season’s relegation battle.

For that very reason it is almost impossible for Chris Hughton to promote youth team players to the first team. They would lack the nous and battle-hardened mentality to contend with the pressure of such an enduring war.

However, Hughton has gone back to his old club, Tottenham Hotspur, and has snapped up one of their best prospects for this very reason.

Harry Kane is just 19 years old but the big striker has already built up some impressive experience in his young career.

The England U-19 international has already played on loan at London clubs Leyton Orient and Millwall and enjoyed successful stays there. Combined with his Europa League experience from last season, Kane becomes a very mature 19-year-old.

He has already made his début for the Canaries this season but has been ruled out until December with a metatarsal injury.

As 2013 approaches he will have a big part to play in Norwich’s survival.

Keep an eye out for Part 2 tomorrow!