As the glitz and glamour of modern football hogs  all the attention, stories such as that of Noel Bailie fail to get the recognition they deserve. BackPageFootball looks at putting that right. 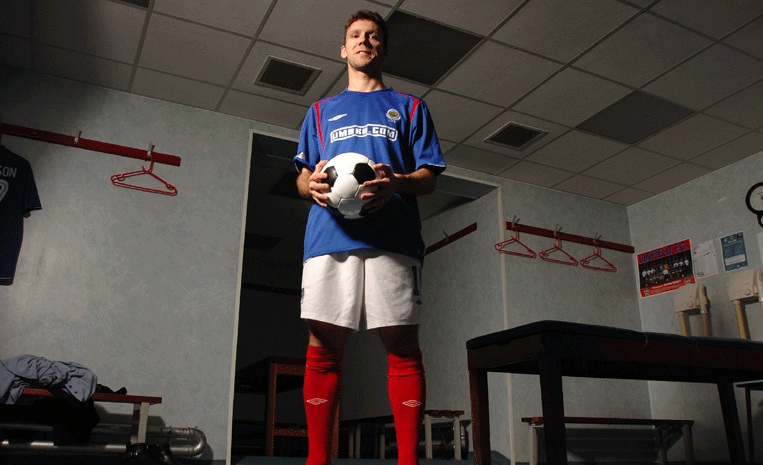 How many games of football do you reckon you have played? The average amateur league has about 12 teams for a 22 game season. Throw in say three cup games for a nice average of 25 games a year.

Now, how long would it take to play 1000 games? No need to reach for the calculator because the answer is 40 years. Yes that’s 40 years! 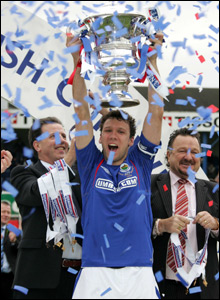 Linfield stalwart Noel Bailie has done it in just over half that time, making his milestone appearance at the weekend against Crusaders in the Irish League.

Bailie made his debut for Linfield as a 17 year old in 1989 against Ballymena in the County Antrim Shield, and is the only member of the current squad that has been with club longer than manager David Jeffrey who took the post in 1997.

The 39 year old began his career as a left winger before converting to the sweeper role that he now enjoys today.

He has won eight Irish League championships, and was hoping to clinch another with a win over Crusaders but the sides played out a 0-0 draw.

The Seview ground was packed to capacity, with the players forming a guard of honour for Bailie before kick off.

“I am delighted for Noel that he was able to get the kind of recognition and personal reception he got at the end of the game,” said Blues boss Jeffrey afterwards.

“It may sound strange, but if we had secured the title, Noel’s milestone might have been lost in the fanfare.

“All the plaudits and praise in the world aren’t enough to mark what Noel has achieved in the Irish League.

“He is a legendary figure in the Irish League and an outstanding individual. One thousand games? Unbelievable.”

He has taken the number 11 shirts with him to whatever position he has played, and the club will surely retire it in his honour when he eventually decides to hang up the boots, though they might have to wait a while yet.

“Obviously, it’s up to Linfield but I’m not done yet. Coaching doesn’t interest me and I don’t want to join another Irish League club.”